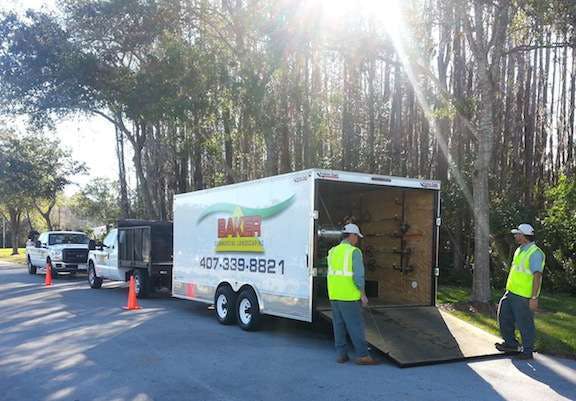 Even just a handful of trucks and crews can be a real handful to manage for a busy landscaping company, yet many company owners assume their fleets are too small to benefit from a modern GPS tracking system.

And if, as the manager of a landscaping service, you don’t feel it’s important to know where every truck is, all the time, then maybe GPS isn’t for you. If, however, you’re spending a good portion of your day making sure crews are where they’re supposed to be, or if you’re too often scrambling to adjust schedules on the fly, medium earth orbit is the limit when it comes to affordable, customizable satellite technology.

“If you’ve got more than five trucks, any landscaper should consider a tracking system. When you start going in that many directions, it makes sense to know where you are at all times,” says Marc Blum, president of Baker Commercial Landscaping Inc.

The Orlando, Fla.-based company, which has 42 trucks and 27 trailers in its fleet, installed GPS units about four years ago. Initially Blum wanted a system to keep with the vehicle locations – but he soon came to learn that the technology can do so much more.

The benefit of the basic GPS function – replacing hurried phone calls to chase down crews – was immediately apparent, he explains. “It was a very efficient system for dispatch.”

Additionally, based on the enhancements offered by his provider, SageQuest, employee home addresses are “geo-fenced,” so the company knows if someone is “just hanging out at their house,” rather than at the job site.

Of course, even without the latest technology, managers should have a good idea of how crews are spending their time at work and whether equipment is being fully utilized.

Still, “at the end of the day, you just do not know,” says Scott DiMuzio, sales manager for SageQuest, which provides fleet tracking solutions. “You’d think they know, but they don’t.”

His job is to work with SageQuest customers to identify areas where the tracking technology can be used to improve operations, safety and customer satisfaction. The company is a unit of Fleetmatics, supporting 19,000 customers and 380,000 vehicles.

A good system “goes well beyond dots on a map,” DiMuzio says, and basic GPS hardware is “just a standard box” until the tracking data can be filtered, interpreted and acted on. So flexibility and customized reports, as SageQuest offers, are essential.

“How you provide that information is how you set yourself apart,” DiMuzio says.

In addition to improved dispatch, the technology can be used to optimize schedules and routing, saving time and fuel, and even to keep up with vehicle maintenance schedules and reduce downtime, sending alerts when service is due.

Along with standard internet-based reporting, a tracking system should offer mobile access to data through apps.

And since much of the effort in adopting and adapting a tracking system comes on the front end, very little training is required, DiMuzio adds. “A new user can hit the ground running.”

Landscapers also should look for a vendor and an account representative who will be available to help resolve any issues that could crop up along the way.

A common issue, early on, could be crew concerns about “big brother” following their every move, DiMuzio says. But “folks in the field appreciate the system,” he explains. “It validates their work effort.”

Blum agrees. The system proved to be an effective way to cross-check and verify “drive sheets,” or on-site times and man-hours – although it’s still up to management in the field to keep crews moving and “get the job done.”

“Once in a while you’ll hear people are not all that enamored with a tracking service,” he says. “Once it’s explained what the benefits are to the company, the employees don’t have a lot to complain about.”

Among the benefits that came as a pleasant surprise, Baker Commercial Landscaping now gets a 5 percent discount on its vehicle insurance, thanks to the theft-recovery advantages a GPS system provides, Blum notes.

As for a wish-list of additional features, Blum says he’d like to have in-cab mapping and routing included in his basic package rather than as a premium service. And he’s working on a customized integration of the SageQuest package with the landscaper’s own office management software, which would be “really valuable.”

“The business has just gotten so competitive. This is just a tool that helps bring back information back to the people that are making the decisions,” he says. “It’s worth the investment.” 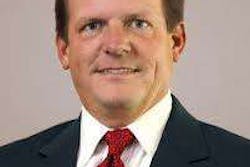 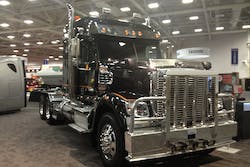 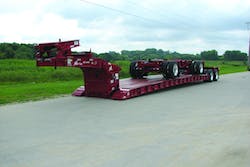 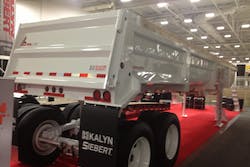