A U.S. postal van caught fire after the driver reportedly squealed his tires for several minutes in an attempt to drive up an ice-covered road in Kansas City, Kansas.

No one was injured and amazingly no other property was damaged after the Grumman LLV caught fire, rolled backwards down a road and came to a stop in a resident’s snow-covered front yard.

“There was a point where, for almost 10 minutes straight, he did not let up on the gas,” said witness Brian Riley whose surveillance camera recorded the incident. “He was pushing it beyond insanity, and you could just tell the way he was going that he was getting more and more mad the whole time.”

USPS said the fire is under investigation, according to fox4kc.com. Riley said the carrier has drawn complaints from neighbors in the past.

“This guy’s extremely lucky that nobody got hurt, including himself,” Riley said. “But he easily could’ve taken out a couple vehicles and a couple houses.” 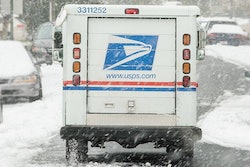 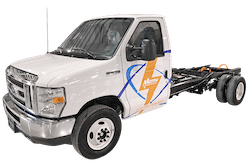 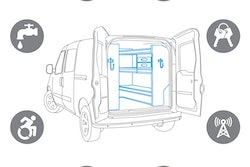