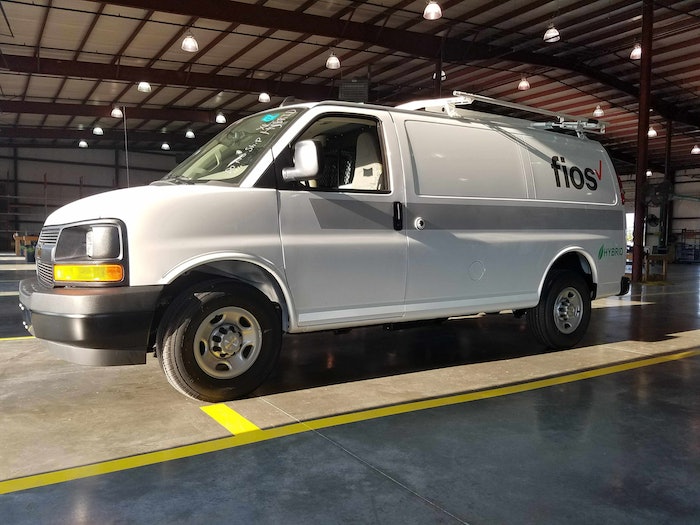 XL Hybrids Chief Operating Officer Clay Siegert wrote in a recent blog that the city’s harsh stop-and-go traffic is an ideal match for its regenerative braking systems that have been installed on Verizon’s Fios service vans.

“The XL system uses regenerative braking, which captures normally-wasted braking energy during vehicle deceleration, and electric assist during vehicle acceleration to improve fuel economy,” Siegert explained. “With the help of XL Hybrids’ technology, Verizon has increased its fleet’s fuel economy, reduced carbon dioxide emissions, and made progress on its announced corporate goal of reducing its carbon intensity by 50 percent within the next 10 years.”

Verizon began testing XL Hybrids’ electrification systems through a pilot program that started with 16 vans in 2015 and then added another 36 vans in 2016.

“Given the size of our company and the number of people we connect across the globe, Verizon has a unique opportunity and responsibility to have a positive impact on the environment,” said James Gowen, chief sustainability officer for Verizon. “With the addition of these hybrid vehicles, our fleet is as efficient as ever as we continue to use less fuel year after year. We thank NYSERDA (The New York State Energy Research and Development Authority) for their partnership in helping to make this happen.”