Just when the Fun Trucks Friday staff was getting over our SEMA hangover and getting back to reality, the folks at VORE (Vegas Off-Road Experience) this week released their highlight reel from the show.

VORE’s Mike Self, who introduces the video, calls the show “a blast” – though you’ll have to decide whether that’s despite or because of “the plethora of crazy stuff going on.”

The footage includes a time-lapse overview of building a jump ramp in the parking lot, along with all the action that followed over the next few days, demonstrations of the custom VORE vehicles (including their off-road Transit van along with their Raptors) and several other drifting, tire-smoking upfitted Fords.

Now, anyone who’s been to a Vegas floorshow knows that any one of the dancers in the chorus line would stop traffic crossing the street by herself – but when you have 50 or so lined up together, it can be overwhelming.

It’s the same with SEMA: How many times can you say, “that’s the coolest truck I’ve ever seen” in an hour, much less over several days?

Just peruse HWT’s coverage of the show to get a sense of how mindboggling it can be. And still photos don’t do justice to the excitement, the energy, the giddiness of the crowd.

So thanks to VORE for reminding us.

“It’s truly the funnest event of the year for us,” says Self. “We can’t wait to do it again next year.”

We couldn’t agree more. Next year – not next week, however. 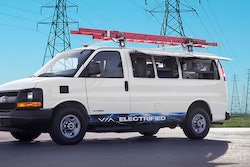 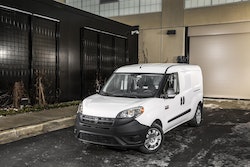 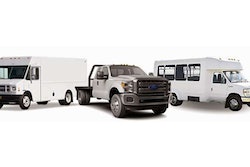 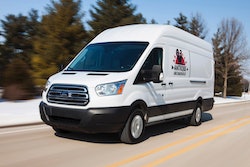