As service companies know, business grows with satisfied customers. Delivery fleets face an additional challenge: They work for customers on each end of every deal – mistakes are amplified. So delayed holiday deliveries this year garnered lots of media attention, despite the millions and millions of last-minute orders that made it down the chimney right on schedule.

Just-in-time delivery pressures are nothing new, of course. And technology has transformed the art of back-of-the-envelope scheduling into a split-second science based on complex math and instantaneous communication throughout the supply chain.

Still, the consumer only cares about receiving an order when they expect it. And upon learning that Pilot Freight Services had completed the holiday delivery rush with its best ever on-time delivery rate – and that the company credited new technology for making its network more efficient – HWT gave them a call.

First off, Pilot is hardly a mom-and-pop shop. The company, founded in 1970, is the largest privately-held freight forwarder in the U.S., handling about 100,000 shipments per month, with most of those going to homes, explains Lou Cortese, the company president.

The company owns some freight stations in its network, but most deliveries are handled by independently owned, exclusive Pilot-branded franchises and fleets.

“We don’t own much, in terms of assets, but we know how to put a system together,” he says. “People in our niche can compete with almost anybody because of technology, even though we don’t have offices all over. It’s about who’s able to put together a seamless system so there’s not a lot of phone calls or emailing back and forth.”

Cortese emphasizes that the company doesn’t compete with parcel shippers, though they have many of the same online retailers for customers, and they deliver purchases directly to consumers.

A truck will be scheduled for only 10 or 15 deliveries in a day, and because the goods move directly from distribution centers rather than through hectic holiday sorting facilities, the loads don’t run the same level of seasonal risk faced by parcel carriers.

Still, the company knew it needed to be more efficient. Pilot began developing its COMPASS technology, “a pretty neat package,” in 2011.

“Besides sales and operations people out in the field, our biggest investment is IT,” Cortese says. “We’re trying to get ahead of the game through setting up better systems.”

The “Achilles heel” for retailers has been a communications gap, he explains: Typically, an online shopper will click on a big-ticket item like a television, go through the site checkout and pay for it – and then silence, often with little or no information communicated from that point on.

“When a person makes an expensive purchase of a large item, they are subject to buyer’s remorse,” Cortese says. “When a customer has no idea where their order is or when it may arrive, the purchase doesn’t feel concrete. The longer this goes on, the more time that person has to change his or her mind about the order.”

So, on the front end, Pilot’s solution offers shoppers a scheduling option, directly and transparently linked from the e-retailer’s checkout system. The customer choses a convenient date and time from a range of options, and the appointment is simultaneously worked into the delivery drivers’ schedules and routes.

The advantage, he notes, is that shoppers immediately take control of the process, rather than waiting anxiously several days for a delivery company to call to make arrangements.

“You don’t want the customer worried about having to go someplace to set something up,” Cortese says. “The appointment windows are geared toward what our algorithm tells us: Where are trucks are going, where we have capacity in the local market.”

Pilot benefits by providing better service to its customers, the retailers. Smaller retailers looking to establish themsleves in the marketplace, especially, can’t afford to lose such high-dollar sales.

“We developed this technology to be able to say, ‘look what we’re doing for you,’” he adds.

Internally, COMPASS pays dividends by cutting out the paperwork that’s been such a big part of freight business for so long, explains Cortese (who’s been with Pilot since 1985).

Just collecting one payment on delivery involved, at a minimum, four people: the driver, the dispatcher to manually record the date and time, a station employee to scan the signed copy, and a quality assurance employee to visually inspect the document. The driver was given a manifest or a stack of bills to get signed, “hopefully receiving all of the information he needed, hopefully not losing a bill along the way.” Additionally, any update to the route meant multiple calls between the driver and dispatcher, creating “multiple points of failure in which information could get lost, misinterpreted, stuck, etc.”

Now, there’s an app for that, he explains. Truck drivers today need only a smartphone, which provides not only routing and scheduling details, including traffic updates and truck-specific navigation, but also provides set-up instructions and a checklist for the customer to sign-off on. Delivery details, as tracked by barcodes, are instantly transmitted back to dispatch – again, with no paperwork.

The app and the information is available to any delivery driver who’s handling a Pilot order, whether he’s a Pilot driver or works for another carrier, Cortese adds.

The bottom line: Technology that once was available to only global giants can now be more easily developed and integrated into many shipping operations, giving even small, tech-savvy companies a chance to compete. And with the move to more and more online retail sales, the demand for delivery services will grow rapidly as well.

“We have seen more advances in technology in the last five years than in the 30 years before that – and I can only imagine what the next five years may bring,” he says.

Indeed, if he were starting over again in the industry, he’d focus on information flow: the end-to-end tracking of “every touch” in the supply chain. 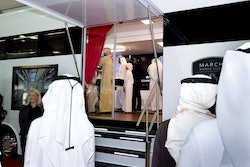 Fun Trucks Friday tailgate edition: Your team’s not worthy of this RV 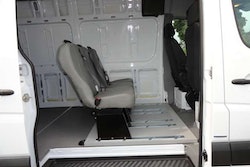 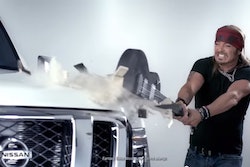 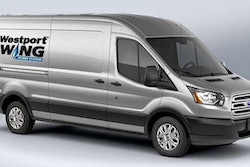