Increasing mileage for used trucks sold in the medium-duty market continues to push prices down, according to the 2013 round-up and trend analysis in NADA’s January Commercial Truck Guidelines.

Class 3-4 cabovers that are four to seven years old returned mild depreciation through mid-2013, at which point prices declined more notably. A September 2012 spike was attributable to a group of unusually recent model, low-mileage trucks being sold, the report suggests.

“This shift suggests that owners who kept their trucks as long as possible have finally started trading them in on new or newer equipment,” says Chris Visser, NADA commercial vehicle sales analyst.

“Interestingly, the volume of trucks reported sold was notably lower in 2013. It is likely that that the higher-mileage supply of trucks in 2013 is simply a more difficult sell,” Visser says.

“The daily rental and urban delivery markets served by this segment appear to be adequately supplied at present.”

For conventional trucks, both Class 4 and Class 6 saw price spikes in early 2012, depreciating notably through midyear, and ending up flat since then. Mileage for both groups ticked upwards over the past 24 months, and volume decreased.

“Until we see multiple months of increased pricing, we will refrain from identifying a recovery in this segment,” Visser says. “There are still more than enough trucks with over 100,000 miles available to the marketplace.”

“So there were fewer trucks sold in 2013, and those that sold had higher mileage. At the same time, trucks at a given mileage level brought similar pricing year-over-year, so demand for trucks with usable life has not changed appreciably,” Visser says. “There are simply more higher-mileage trucks available at present.”

Medium duty trucks will continue to be impacted by an ample supply of units with over 100,000 miles, although trucks with mileage substantially lower than that should return strong pricing, according to the report.

“Both the Class 4 and Class 6 segments saw an increase in new sales in 2013 vs. 2012, so the increased average mileage of used trucks sold may be evidence of trucks that were kept in service longer than typical,” Visser concludes. “This trend should continue as this group of users continues to gain confidence in the economy and find work.”

Trucks in the construction market trended mildly downwards in terms of pricing over the past 24 months, although volume was notably higher in 2013. The newest model years (2009 and newer) saw a mild to moderate increase in pricing starting in mid-2013, and all model years increased in November. 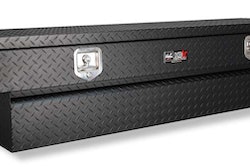 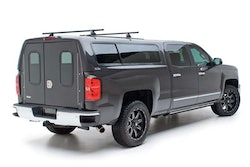 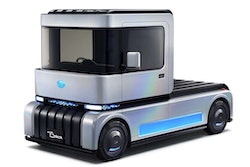 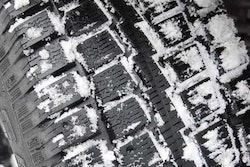