The demand for clean used equipment to replace older commercial vehicles remains strong, while medium-duty trucks – paced by Ford – have shown the most improvement among new commercial vehicles transactions, according to Polk, the global automotive market intelligence firm.

New commercial vehicle registrations during the first nine months of 2013 increased by just 2.8 percent over the same time period in 2012.

During the past four calendar years, when there has been strong demand for clean used equipment and slower demand for new equipment, more than 1.5 million pre-2000 models have been eliminated from the vehicle population and replaced with newer used equipment, he adds.

The demand for used commercial vehicles during the most recent quarter reflects strong demand across each of the vehicle segments, the report notes.

New registrations of Class 3 vehicles were up 10.4 percent for the period, with Ford again the segment leader with a 44.2 share. The Ford share has seen a slight decline as a result of double digit year-over-year increases by Mercedes-Benz (46 percent), Isuzu (40.4 percent) and Chevrolet (21.2 percent).

Class 3 vehicles are highly influenced by the incentives provided to retail customers, the report notes. During the first nine months of the 2013 calendar year, 50.1 percent of Class 3 new registrations were registered by an individual versus a company.

As the demand for used equipment continued strong and outperformed new registrations, used transactions accounted for 53 percent of total commercial vehicle transactions during the July-September quarter. 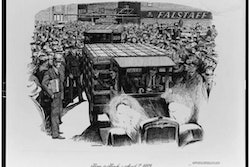 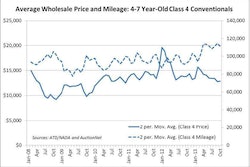 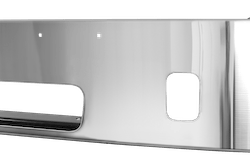 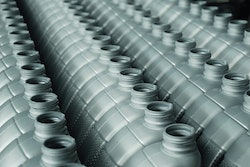