The Ram Truck brand celebrated its “Year of the Farmer” initiative by presenting FFA with a $1 million donation Thursday.

Ram Truck brand declared 2013 the “Year of the Farmer” during the Super Bowl last February, when its television spot, “Farmer,” kicked off a yearlong initiative to bring national attention to the significance of the American farmer.

Ram pledged to donate up to $1 million to FFA for views of the “Farmer” video on the Ram Truck brand website. The brand reached the 10-million-view milestone, equating to the $1 million donation, in less than a week, the company reports.

“To date, ‘Farmer’ has been viewed online more than 22 million times, underscoring America’s interest in and support for the important role farmers play in our country,” says Reid Bigland, president and CEO, Ram Truck Brand, Chrysler Group LLC. “It is a pleasure to present the check to FFA and to be among thousands of dedicated FFA members who convey the spirit of what we at Ram Trucks value most of all – courage, dignity, integrity and example-setting through hard work.”

Bigland presented the donation to Sapp alongside country music artist and former FFA member Easton Corbin, who has worked with the Ram Truck brand throughout 2013 to promote the “Year of the Farmer.”

Corbin is visiting FFA members in 12 cities across the United States from October to February, providing private concerts and furthering the notion that FFA plays an important role in reducing hunger issues in America.

“It is so wonderful to see our country rise up and show support for those who work hard every day to provide vital resources to the nation,” says Sapp. “The response we’ve received from Ram’s ‘Year of the Farmer’ has been overwhelming, reinforcing the pride we have in our work and what it means to be a farmer.”

The “Farmer” video was inspired by the stirring “So God Made a Farmer” oration delivered by legendary radio broadcaster Paul Harvey in 1978, and since used as a national anthem in grassroots videos created by farm families.

The Ram Truck brand commissioned 10 noted photographers to document American farm life, yielding a beautiful and comprehensive catalog of farming images. Many of these artful and compelling stills provide the visual mosaic for “Farmer,” while Harvey’s passionate oration provides the narration.

Ram Truck brand also presented a first copy of its “The Farmer in All of Us,” a coffee table book to be published by National Geographic. Proceeds from the book will go toward the FFA’s “Give the Gift of Blue” program, which donates traditional FFA blue corduroy jackets to members who would not otherwise be able to own one. The jackets are an important symbol of the hard work and dedication to farming by these young people.

An exclusive, limited number of “The Farmer in All of Us” books will be available for order in the coming weeks, Ram Truck says. 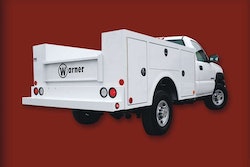 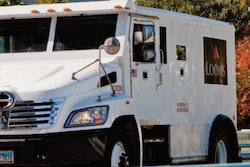 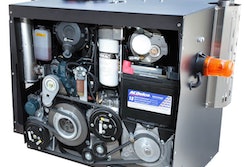 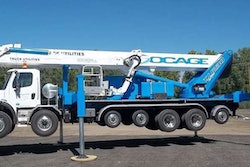