While you may not see a Tesla Semi anytime soon in your neighborhood, there was one caught on video recently traveling along a street next to a UPS customer center in Sunnyvale, Calif.

Though Brandon Camargo has only one uploaded video to his name, his 8-second Tesla Semi clip has gone viral with roughly 676,500 views. Not bad, considering that the video’s only been up for little over a week.

As you’ll hear in the video below, there’s no mistaking the sound of that electric powertrain. Take a closer look and you’ll see that the truck has a California license plate and has been registered with the U.S. Department of Transportation. Also this truck has side view mirrors; the semis revealed last month by Tesla CEO Elon Musk did not.

It may be just coincidental that the truck rolled past UPS. The shipping giant announced plans last month to buy 125 Tesla Semis, the largest public pre-order yet. Tesla plans to have the truck in production by 2019. 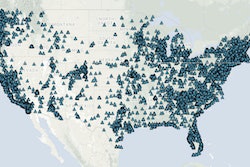 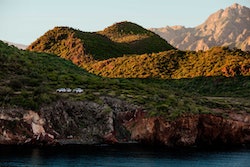 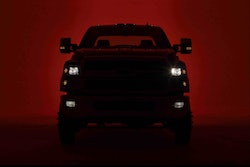 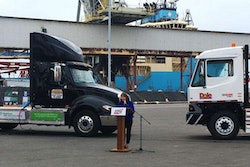