It’s a miracle that he survived.

City of Miami sanitation truck driver Kaseem Smith was driving on an I-95 overpass above Jose Marti Park when he lost control of his truck.

What happened next is the stuff of nightmares: the vehicle swerved across the two-lane road, punched through a concrete barrier and fell 75 feet below to a parking area next to a park and community center.

Amazingly, Smith survived and was the only person injured, according to the Florida Highway Patrol. The truck damaged two parked vehicles upon impact. Falling debris damaged nearby buildings.

Because the accident occurred on President’s Day, the area, which is ordinarily teeming with children and their parents, was nearly vacant. A group of kids playing basketball nearby witnessed the accident and were unharmed.

The truck’s dashcam footage, released this month by the Florida Highway Patrol (see below), shows the truck falling from the overpass. The video also shows Smith, who is not wearing a seat belt, being ejected from the truck just after it breaks through the cement guardrail.

FHP reported that Smith landed in the park. While video footage reveals that the truck struck the asphalt below the overpass, it’s not clear where Smith landed relative to the truck.

“I have not seen anything like this. It’s a miracle he survived this accident,” Florida Highway Patrol Trooper Joe Sanchez told CBS Miami.

Smith was initially placed in intensive care at a local hospital and was later released. He has not given any interviews about the incident. In a press conference held the next day after the February 15 accident, the City of Miami reported that Smith has had a good driving history during his four years as a driver for the city’s solid waste division.

Smith was charged for careless driving and for not wearing a seatbelt.

The Miami Herald reported that the 47-year-old guardrail along the overpass does not comply with current barricade construction requirements. 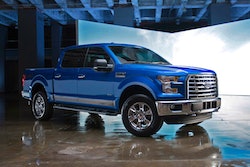 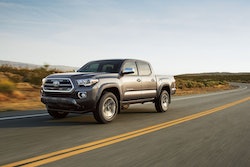 Toyota striving to keep up with truck demand 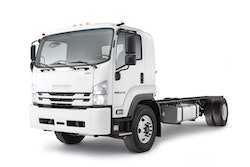 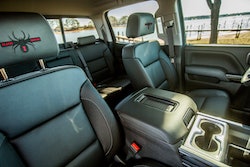