“It’ll come. One will come. I think there’s an opportunity there,” Keogh said when asked about the likelihood of an electric pickup shortly after revealing his company’s I.D. Buzz Cargo concept van at the L.A. Auto Show (video of the interview is posted below).

VW plans on investing $38 billion in EV technology which includes building 16 EV factories around the world and launching no fewer than 50 EV models by 2025. Could that line-up include an electric pickup? Keogh’s obviously been giving it a lot of thought.

“I think the question is you need to look at the fact of is it going to be more of a lifestyle pickup, which you’re seeing a fair amount now, or is it going to be a real commercial grade,” the former head of North American Audi said. “If you look at most of the big pickups, 70 percent is commercial. Can you get them what they need with the batteries today? For longer term, it’s going to happen. I have no doubts. It’s a smart concept, a smart idea.”

“I think it’s impossible if we try to propose ten different technologies. We could get confusion,” Keogh continued. “We get lack of scale. Lack of invest and you won’t get that tip and turn that we need. So I don’t see diesel for us. I see ICE—improve, improve—and electric.” 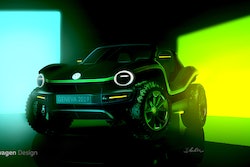 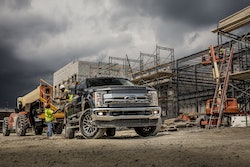