Alternating wheel lifts repeatedly jar and shake the pickups in a controlled environment that provides various humidity and temperature levels.

The simulators, known as Transportable Environmental Four Posters, can be transported via big rig and feature four-point, rough terrain simulators that sit under each wheel (see video demonstration below). Ford states that it’s the only automaker to use these mobile simulators.

“Extreme climates and terrains are especially known for bringing out squeaks and rattles. Identifying and mitigating these noises long before a vehicle goes into production is one more way Ford is working to deliver great vehicle quality.”

In these mobile labs, Ford puts prototype vehicles through their paces on various simulated terrain and road surfaces, as well as in extreme humidity and temperatures ranging from a 20 degrees below zero to a 120 degrees Fahrenheit.

Thanks to the portability of these simulators, Ford can move them all over the world to test prototypes wherever and whenever a vehicle is undergoing development. To test the all-new Super Duty, Ford moved one of the simulators to its Kentucky Truck Plant, which has produced more than 5 million Super Duty trucks since the vehicle was introduced in 1999.

Before the first all-new Super Duty leaves the line, it will have logged more than 12 million cumulative miles of testing, which Ford claims is more than any of its predecessors.

Prototypes undergo testing all the way to production, with the controlled environment allowing trained experts and advanced audio-sensing equipment to identify the causes of noise.

For each vehicle launch, climate and road simulation testing is overseen by a Ford launch engineer and a plant vehicle team engineer who work to prevent squeaks and rattles.

“Ford’s approach to testing for squeaks and rattles, both for Super Duty and other vehicle launches, helps the company put customers behind the wheel of vehicles they can enjoy with their ears as much as their eyes and hands.” 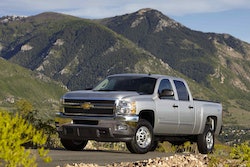 Hybrid GM trucks will be available in California 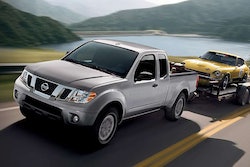 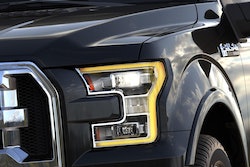