Alex Schuster originally sent us a few pictures and thought that the 1-ton flatbed might fall somewhere between model year 1923-1925 (special thanks to Google Translate for translating German to English).

HWT asked Alex for additional information, such as a VIN, engine size and transmission and forwarded his photos and information to our contact at GM, Rita Kass-Shamoun, assistant manager of dealer, fleet and customer care communications. Rita quickly responded and forwarded Alex’s information to the GM Heritage Center. That day we had a response offering up more information on Alex’s truck.

“This looks like a 1926-1928 Chevrolet 1-Ton based on the fenders, the four-cylinder engine and the fact that it has a Delco-Remy plate,” GM Heritage Center staff wrote. “Delco-Remy was a division of General Motors that produced electrical equipment such as starters and alternators. It wasn’t consolidated from Delco and Remy until 1926. If the requestor can provide more images of the body, cab, front and engine, we may be able to narrow that down further.”

Alex sent along more photos including a shot of the engine number which narrowed down the search. He also sent us a video of the truck’s four-cylinder engine running at idle (see below).

“The engine number is very helpful because our records indicate that this number, T3608104, falls within the range of those built for 1927 trucks. The front end also appears to be that of a 1927 Capitol Series AA Utility Express,” GM Heritage Center staff responded.

GM also passed along a link to a service manual and recommended that Alex not restore the truck and instead leave it intact as a survivor. (Keep Keith Hardy’s website in mind for old GM manuals: chevy.oldcarmanualproject.com).

Alex said that the six-volt, four-cylinder engine runs. He has no plans to restore the truck which served as a dairy and nursery hauler and spent many years in the German Democratic Republic which collapsed in 1990. 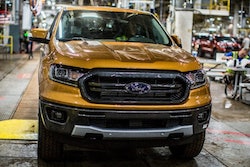 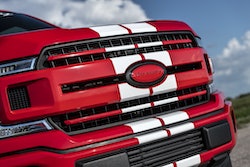 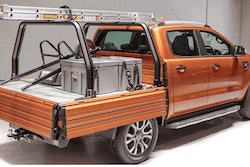 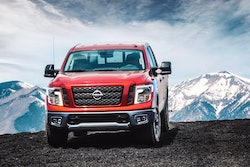