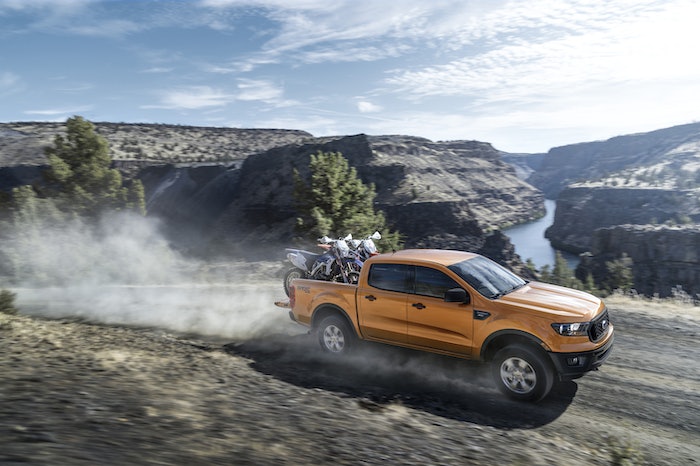 With production on its revitalized Ranger pickup only weeks away, Ford says the re-born mid-size truck will re-enter the market with the best-in-class payload, torque and towing.

Paired with a class-exclusive 10-speed transmission, the 2019 Ford Ranger’s standard 2.3-liter EcoBoost kicks out 310 lb.-ft. of torque – the most engine-turning power of any gas engine in the midsize pickup segment, including V6 engines from competitors. The engine has features an output of 270 horsepower.

“Think of Ranger as the biggest and most capable backpack for your gear,” says Rick Bolt, Ford Ranger chief engineer. “With 1,860 pounds of maximum payload, Ranger can haul nearly a ton of gear to enable your next adventure.”

Featuring a high-strength steel frame and solid rear axle with Hotchkiss suspension, Ranger can conventionally tow 7,500 pounds when equipped with the tow package and a trailer brake controller.