California says it will file another lawsuit against Trump administration over proposed changes to fuel economy, emissions standards

Automakers are backing a proposal released by the Trump administration today which seeks to lock-in model year 2020 fuel economy and emissions standards for cars and light trucks versus tougher post-2020 goals set by the Obama administration which current administrators say are not warranted and will only raise prices on new vehicles and keep older vehicles on the road that are less fuel-efficient and less safe.

Major OEMs including GM, Ford, FCA and Toyota agree. Those companies are represented by trade groups Alliance of Automobile Manufacturers and Global Automakers which issued a joint statement today:

“Automakers support continued improvements in fuel economy and flexibilities that incentivize advanced technologies while balancing priorities like affordability, safety, jobs, and the environment. With today’s release of the Administration’s proposals, it’s time for substantive negotiations to begin. We urge California and the federal government to find a common sense solution that sets continued increases in vehicle efficiency standards while also meeting the needs of America’s drivers.”

“If enacted, this proposal will cost consumers billions of dollars in additional gasoline to run less efficient cars and light-duty trucks. It will also degrade air quality and put millions of additional tons of climate-disrupting pollution into the atmosphere. The Trump Administration is also proposing to withdraw the waiver granted to California more than five years ago for the State’s own greenhouse gas emissions standards and its successful zero-emission vehicle (ZEV) programs— an unprecedented and unlawful action that flies in the face of congressional intent and would aggravate the harms to consumers, public health, the economy and the environment caused by the weakening of the federal standards. The Administration proposal would also block the many other states that use California standards from moving forward.”

EPA Acting Administrator Andrew Wheeler told the Detroit Free Press that California should not be calling the shots on emissions and fuel standards for the rest of the nation which he says will cost billions of dollars and keep consumers from buying new vehicles which, according to NHTSA, are safer and will lead to fewer injuries and deaths. As for emissions-induced global warming, Wheeler said an uptick of 3/1000th of a degree Celsius over the next 80 years does not warrant having the more stringent Obama-era standards set in place for model year 2021-2026 vehicles.

Both NHTSA and the EPA are seeking public comment on the newly proposed SAFE Vehicle Rule. The joint proposal initiates a process to establish a new 50-state fuel economy and carbon dioxide emissions standard for model year 2021-2026 passenger cars and light trucks. The public will have 60 days to provide feedback once published at the Federal Register.  Details can be found at NHTSA’s website www.NHTSA.gov/SAFE and EPA’s website.

“We are delivering on President Trump’s promise to the American public that his administration would address and fix the current fuel economy and greenhouse gas emissions standards,” Wheeler said. “Our proposal aims to strike the right regulatory balance based on the most recent information and create a 50-state solution that will enable more Americans to afford newer, safer vehicles that pollute less. More realistic standards can save lives while continuing to improve the environment. We value the public’s input as we engage in this process in an open, transparent manner.”

NHTSA and the EPA report that current standards have been a factor in the rising cost of new automobiles to an average of $35,000 or more.

“Indeed, compared to the preferred alternative in the proposal, keeping in place the standards finalized in 2012 would add $2,340 to the cost of owning a new car, and impose more than $500 billion in societal costs on the U.S. economy over the next 50 years.” 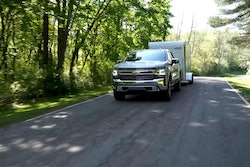 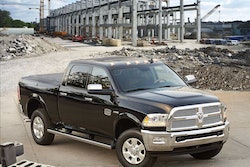 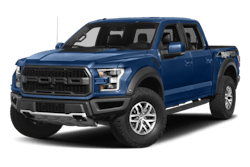 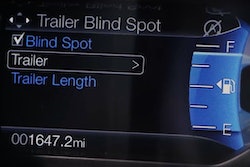