You never know what’s going to turn up on eBay. ‘Search for anything,’ the box says, and so I did…electric Ford Ranger. What came up next was a total surprise.

An original and new Ford EV drive unit for a Ford Ranger is selling this week for $2,499. While I have no idea if that’s a real bargain or not, what caught my attention is the fact that Ford actually made electric Rangers and apparently there’s still a market for their parts.

Another search a few days later on eBay turned up an original 1998 Ford Ranger EV with 2,065 miles and a starting bid of $7,500. Okay, so now things are getting really interesting.

Last week you might recall that we ran a story on GM’s short-lived electric S-10. Nearly 500 of the trucks were made for model years 1997 and 1998. Only 60 were granted a reprieve from GM’s crusher because they had been sold and not leased to fleets like all the others.

In true competitive fashion, the electric Ranger was reportedly produced by Ford in response to the electric S-10. However, the Ranger enjoyed a longer lifespan from model years 1998-2002, and we’re seeing reports that between 1,500 and 1,700 units were made.

The majority of the trucks were leased to fleets and were eventually rounded up and sent to the—gulp—crusher. However, somewhere between 150 to several hundred examples that were sold to customers avoided the big squeeze. A public outcry to save the EV got Ford’s attention.

Since the last electric Ranger rolled out in 2001, fans of the odd duck truck have kept it alive and well. The website fordrangerev.com, supported by the Ranger EV Owner Link Together club (REvolt), offers tech help, a classifieds section, social networking and links to original Ford Ranger EV literature (see below).

The 60-hp trucks were made available with either lead-acid or nickel metal hydride batteries. Range for lead-acid was around 65 miles while the NiMH pack delivered 82 miles. More specs are listed below. Pictures posted below are courtesy of fordrangerev.com.

Unless otherwise noted, specs and performance data below are from from U.S. Department of Energy and EV America. 1999 NiMH Ranger is shown first, followed by the 1998 lead-acid variant. Scroll down further for photos.

I think one of the biggest takeaways here is that electric trucks are nothing new. Do a little research on the web and you'll discover that the first commercial trucks not hitched to an animal were primarily electric and steam-powered. The greater range and power that internal combustion offered soon relegated those first zero-emission examples and their steamy counterparts to salvage yards, museums and, best of all, private collections.

Once in the hands of diligent collectors, these interesting relics can show up at car shows and serve as interesting working examples to entertain, inspire and prompt important questions like, "How come these models didn't survive?" While answers will vary widely, the important point to keep in mind is that the most innovative and practical examples will rise to the surface under the toughest regulations ever imposed on one of the most important industries ever devised. 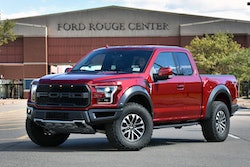 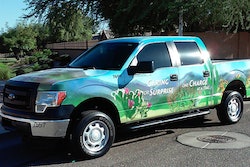