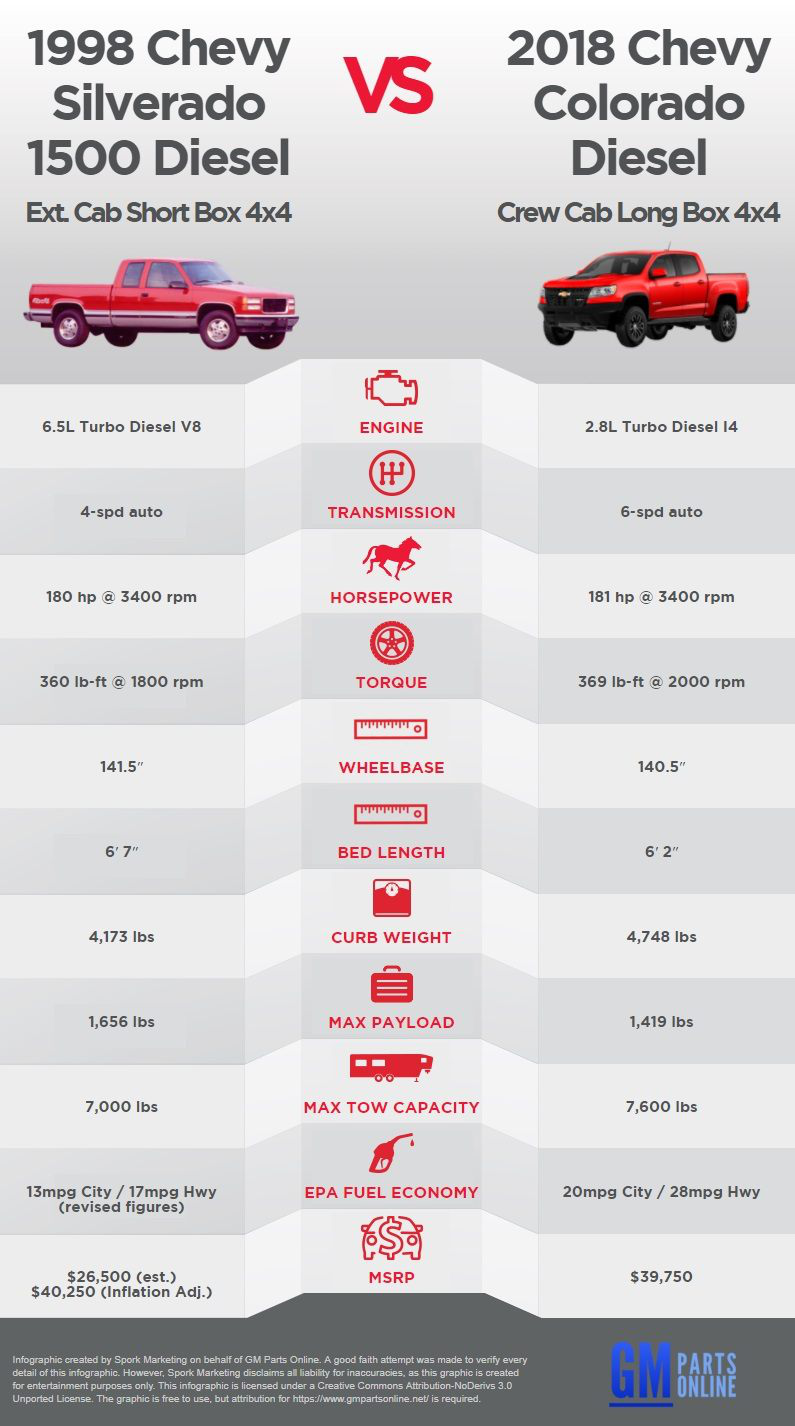 Despite a nearly 20 year age difference, there are a surprising number of similarities between a 2018 Chevy Colorado Diesel Crew Cab Long Box 4×4 and a 1998 Chevy Silverado 1500 Diesel Extended Cab Short Box 4×4.

The trucks have similar wheelbases and MSRPs, despite being produced 20 years apart. The 2018 Colorado’s smaller diesel engine rivals the 6.5-liter Turbo Diesel V8 sold in 1998. In fact, the two have nearly the same horsepower.

“Sure, the 6.5-liter GM diesel engine was pre-Duramax, but it put out some decent power,” says Angel Vigil, director at GMPartsOnline.net. “Considering the much smaller size of the 2018 truck’s Duramax, we wondered how much difference there is between a 1998 Chevy turbo diesel and this new 2.8-liter turbo diesel.”

Here are some other highlights from the comparison chart:

“Of course, the I4 Duramax is still new, and we can’t help but wonder what kind of innovation will come next to push even smaller GM engines to the next level,” Vigil adds.