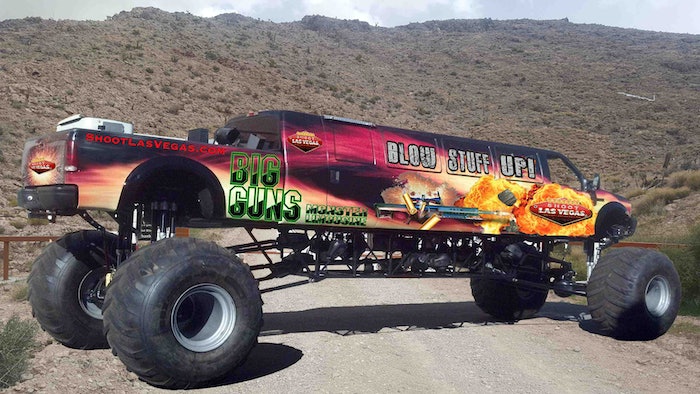 Okay, so you’ve got the world’s longest monster truck…so now what?

Eric Brashear, owner of Big Guns, which stretches over 35 feet and stands 13 feet high, announced recently that he’s marketing the head-turning truck for trade shows where he thinks it will prove to be real crowd pleaser.

“We’ve owned Big Guns for close to a year and its awesome appearance still impresses me,” said Brashear, who also owns Big Shot at Shoot Las Vegas. “People will actually stop on the road to get out of their cars to take pictures of it. It’s really an amazing piece of equipment.”

Built by Patrick Enterprises and originally named Chaos, the truck toured the Monster Truck circuit as a show truck as well as touring with Joe Diffie and Jason Aldean before being purchased in early 2017 for use at Shoot Las Vegas’ gun range. 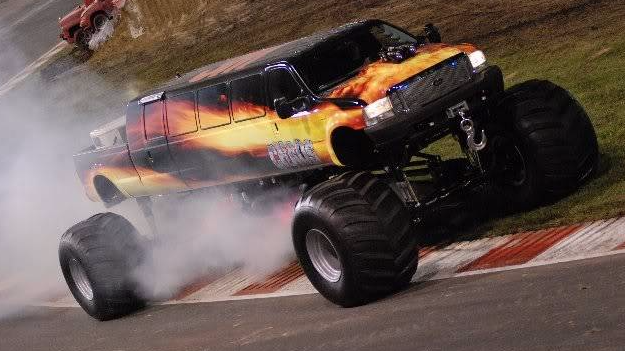 Given all the attention the truck generates, Brashear decided to offer it up for trade shows and events.

“I have been in the special event industry for over 30 years, including providing trade show traffic builders for thousands of trade show exhibitors from all different industries and I can tell you this will be a hit in any type of trade show booth,” Brashear said.

Brashear also points out that if the trade show booth isn’t big enough, Big Guns can usually be placed just outside the trade show entrance as additional display to deliver the company message.

Because it is such a popular photo op, exhibitors have the option of wrapping this massive beast with their own custom graphics. It can also be outfitted with an optional lighting and fog machine package as well as flat screen monitors to deliver the exhibitors message. Although based in Las Vegas, Big Guns can be transported almost anywhere in the U.S.