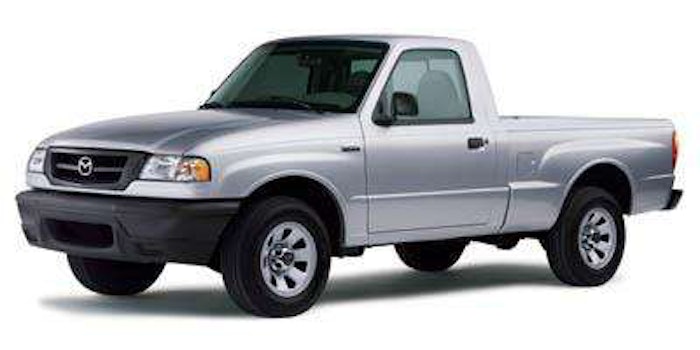 Mazda announced today that a “stop drive” recall notice has been issued for some of its 2006 B-Series trucks, following deadly accidents involving Takata air bag components found in the 2006 Ford Ranger.

A separate group of 2006 B-Series pickups have been identified as containing Takata driver side frontal air bags that show a far higher risk of ruptures during air bag deployment than for other recalled Takata air bags.

Affected customers are asked to stop driving their vehicle and contact the Mazda Customer Experience Department at 800-222-5500. Approximately 160 B-Series trucks are affected.

Recall 2218A (NHTSA number 18V038), which issues a “stop drive” notification to affected owners, addresses this critical, high-risk safety concern with the driver side frontal air bag inflator, which could rupture if the vehicle is involved in a crash where the frontal air bags are designed to deploy.

Two inflators built at Takata on the same day have ruptured causing fatal injuries on the 2006 Ford Ranger. The 2006 Mazda B-Series, which was developed by Ford, is similar in manufacture and build to the Ford Ranger.

Mazda also announced that recall 2318A (NHTSA number 18V039), representing the same affected population as 2218A, addresses the passenger frontal air bag inflator of 2006 B-Series, which could rupture if the vehicle is involved in a crash where the supplemental frontal air bags are designed to deploy.