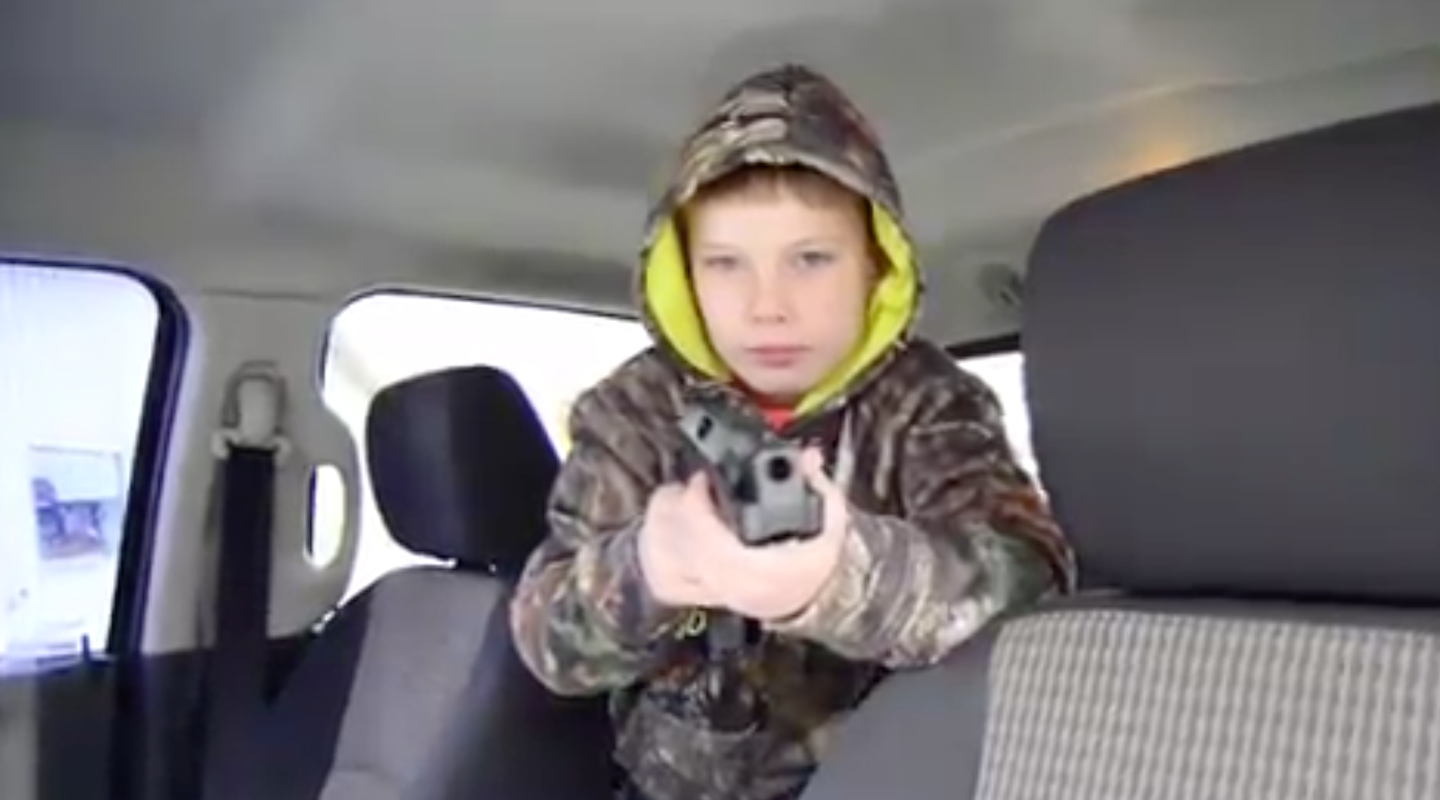 A nine-year-old boy in Indiana used his pellet gun on Christmas to scare off a man who was trying to steal his dad’s pickup.

Kevin Cooksey had parked his 2009 Ram truck at a One Stop Express around 1 a.m. Christmas to get some ibuprofen for his wife. His 9-year-old son, Larry Larimore, was sitting in the back seat as he left the truck running to go inside the store.

Shortly after, Larimore said a man got inside his dad’s pickup.

“As soon as he opened the door, I got scared,” Larimore told wthr.com. “So I pulled out the pellet gun and pointed it to his head.”

The would-be thief bolted from the truck and got inside an unlocked Chevy Trailblazer parked nearby. The vehicle’s owner, Kyle Sparling, said he had left the vehicle running when he went inside the store for a bag of Doritos. When he came out a few minutes later, he was stunned to see the thief taking off with his Chevy.

“I didn’t know what to think, I just kind of ran outside and watched him,” said Sparling.

Cooksey, who also seen the thief take off in Sparling’s Chevy, told him to get inside his truck so that they could keep up with him until police arrived.

The chase lasted a few miles until the thief crashed into a sign.

“I was just glad he didn’t wreck into anybody,” said Sparling. “That was my biggest fear, I think.”

Cooksey and Sparling, both of whom had not known each other prior to Christmas morning, said they learned a tough lesson about leaving their vehicles unlocked and running.

Nine-year-old Larimore said he was happy to do his part in stopping the thief.

“I just like helping people because it’s kind and if my grandma was here, she would have me do the same,” he said.