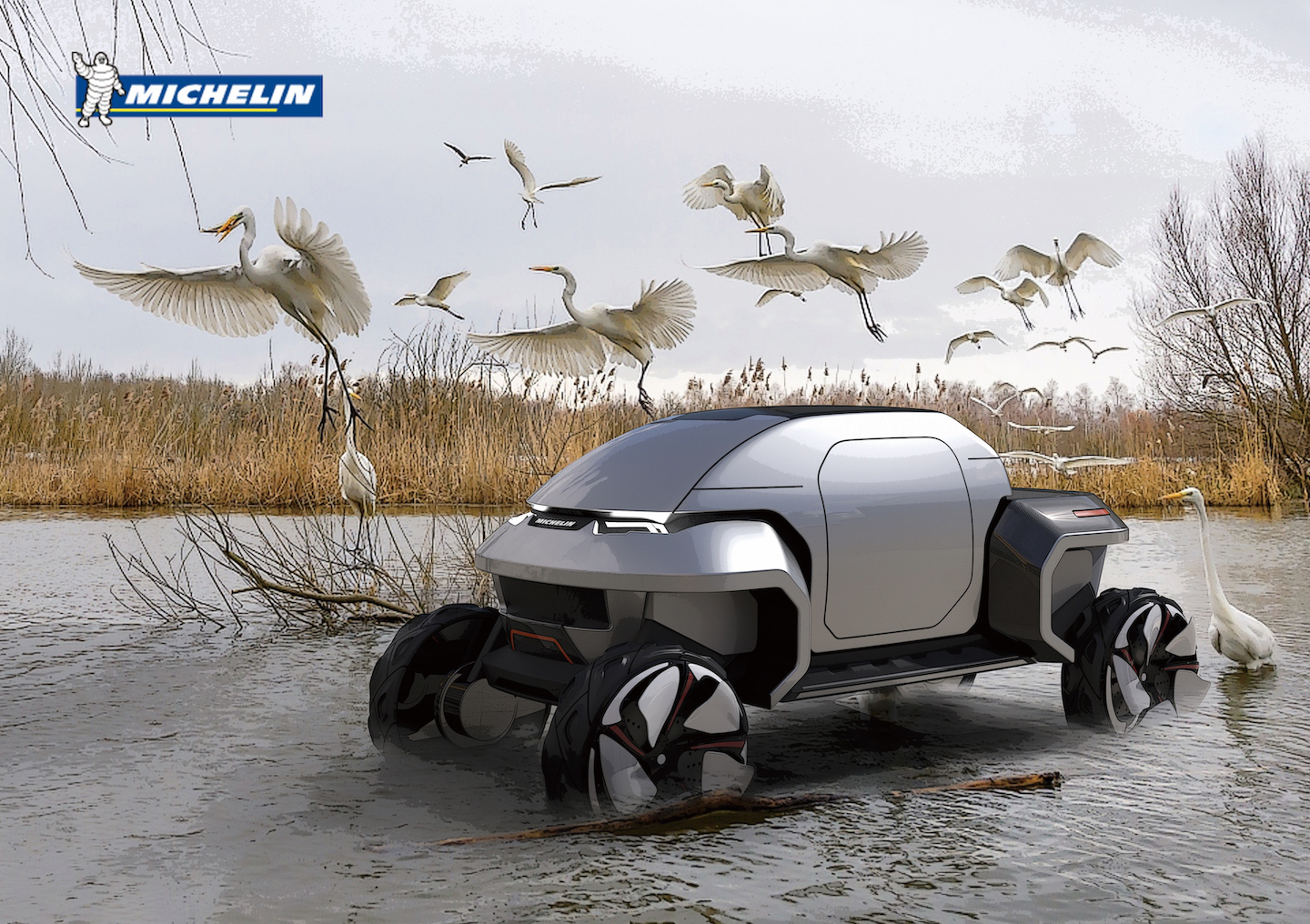 Michelin announced that it disqualified two Chinese entrants from its prestigious Light Truck Global Design Competition after it was learned that the men had submitted someone else’s work.

Li Pengliang and Sun Hongyang had been named in a Michelin press release last week as finalists for a design they submitted called ‘Oasis.’ Turns out, however, that the futuristic rendering was not their own. Michelin did not identify the original designer.

“It has been brought to our attention that the ‘Oasis’ design submitted by Li Pengliang and Sun Hongyang, which was recognized as a finalist in our release of November 9th, 2017 was in fact not the work of the named entrants, but rather included significant design elements from another designer,” Michelin reports in a statement on a webpage dedicated to the international competition.

“As a result, we have immediately removed this design from our list of finalists and our competition galleries,” the statement continues. “We apologize for any confusion and express our gratitude to those who have brought this to our attention.”

Over 17 years, Michelin Challenge Design has received more than 12,000 entries from 126 countries. The contest attracts leading auto designers from around the world who serve as judges. This year’s contest attracted 1,200 registrants from 73 countries.

“As somebody who is heavily involved in truck design, seeing some of the fresh ideas coming from all around the world was really overwhelming. There’s a lot of stuff there that is fresh and exciting. It was eye-opening,” said Michael Gillam, FCA.

Below are the entries for 1st through 3rd place, finalists and honorable mention. Visit Michelin’s 2018: Showcase of Selected Entrants to see more pictures and to learn more about the designs. 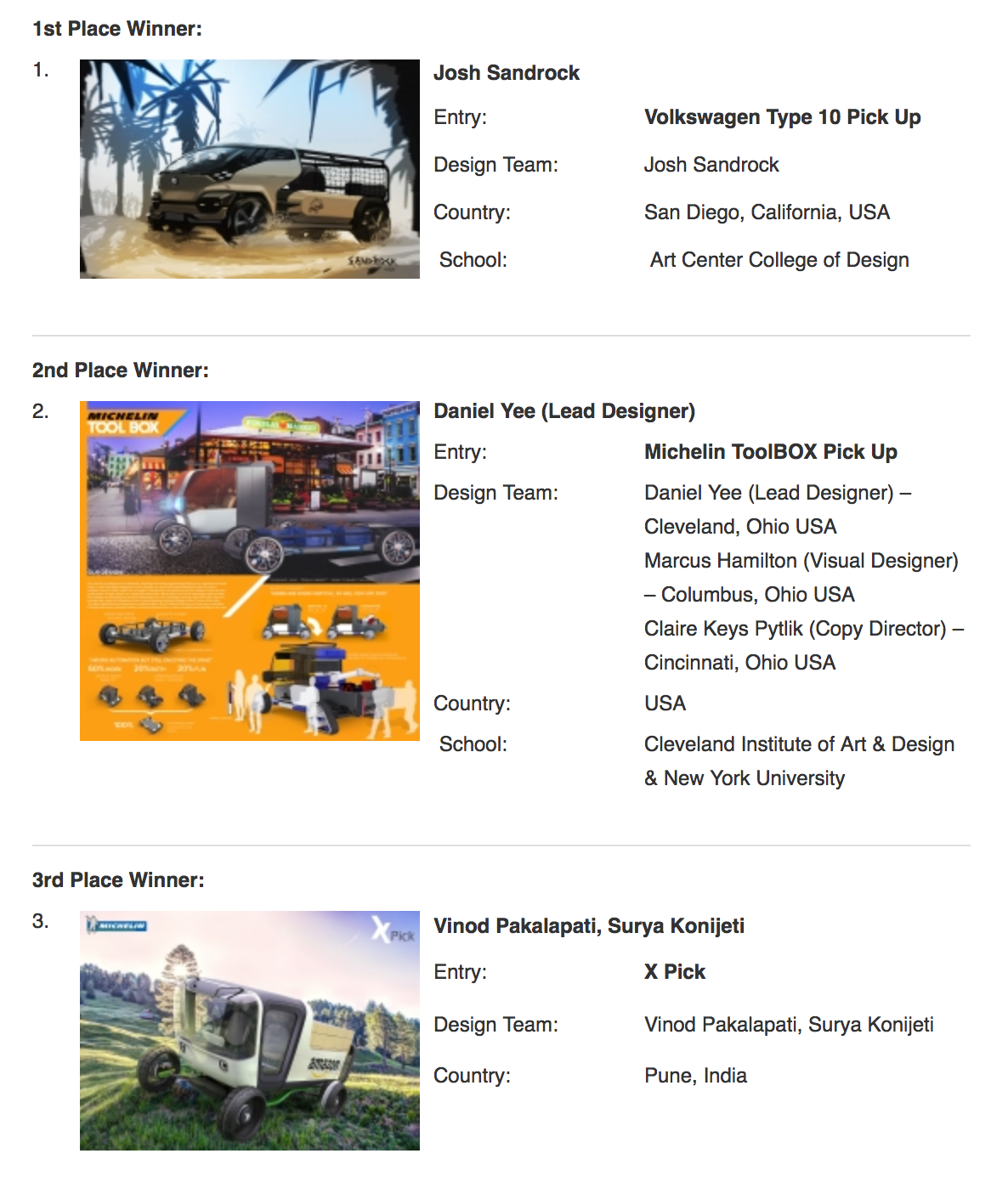 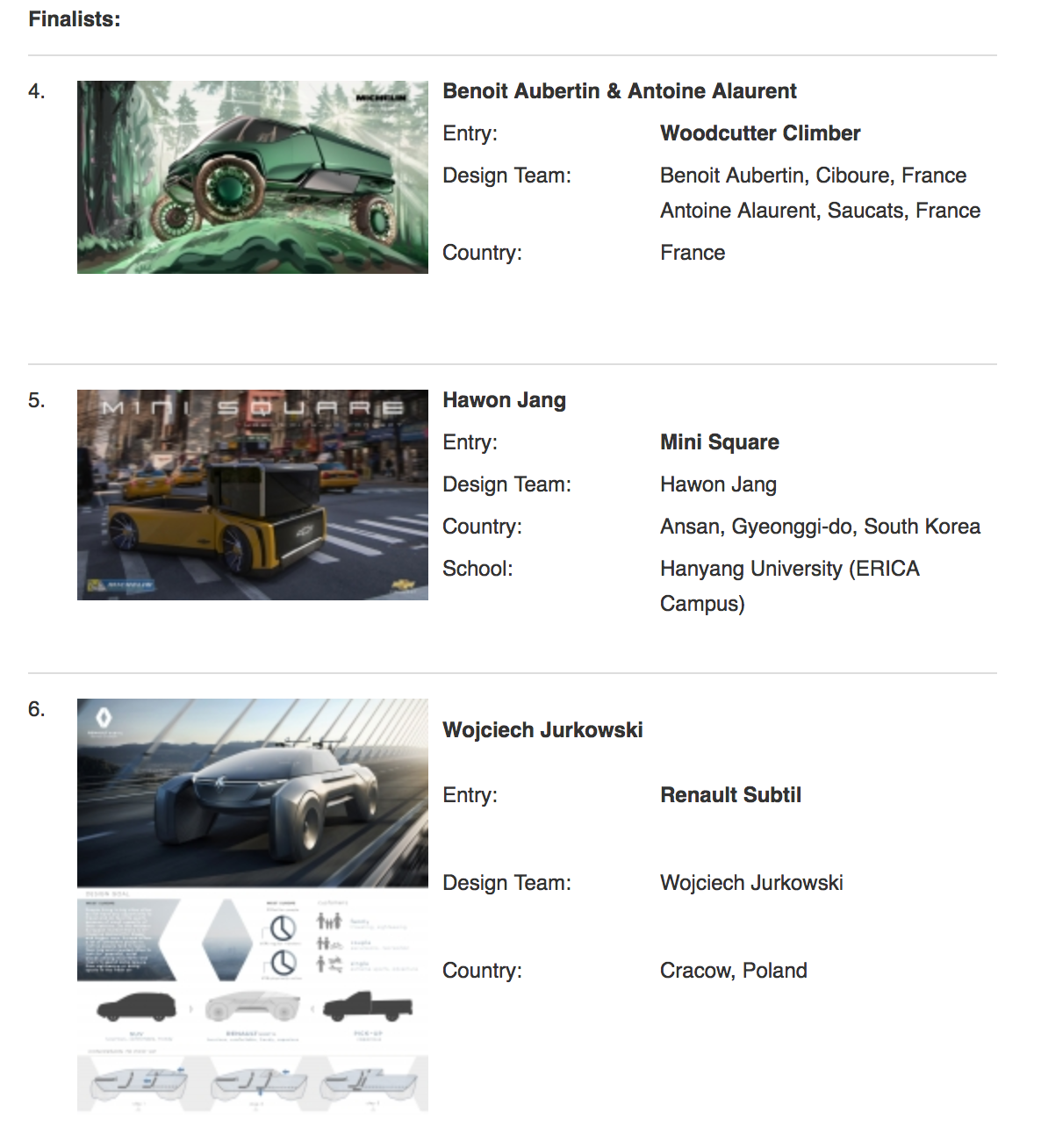 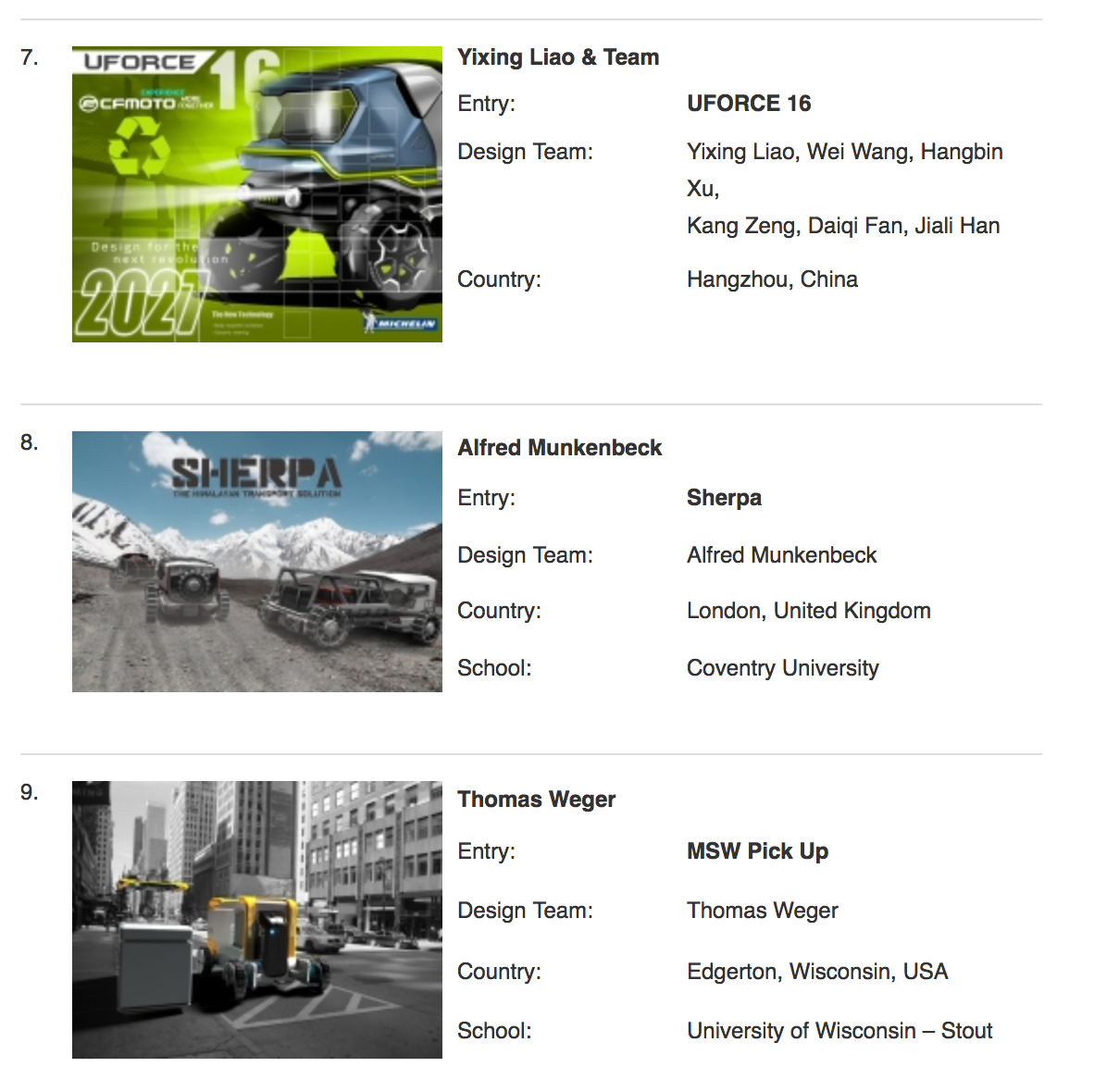 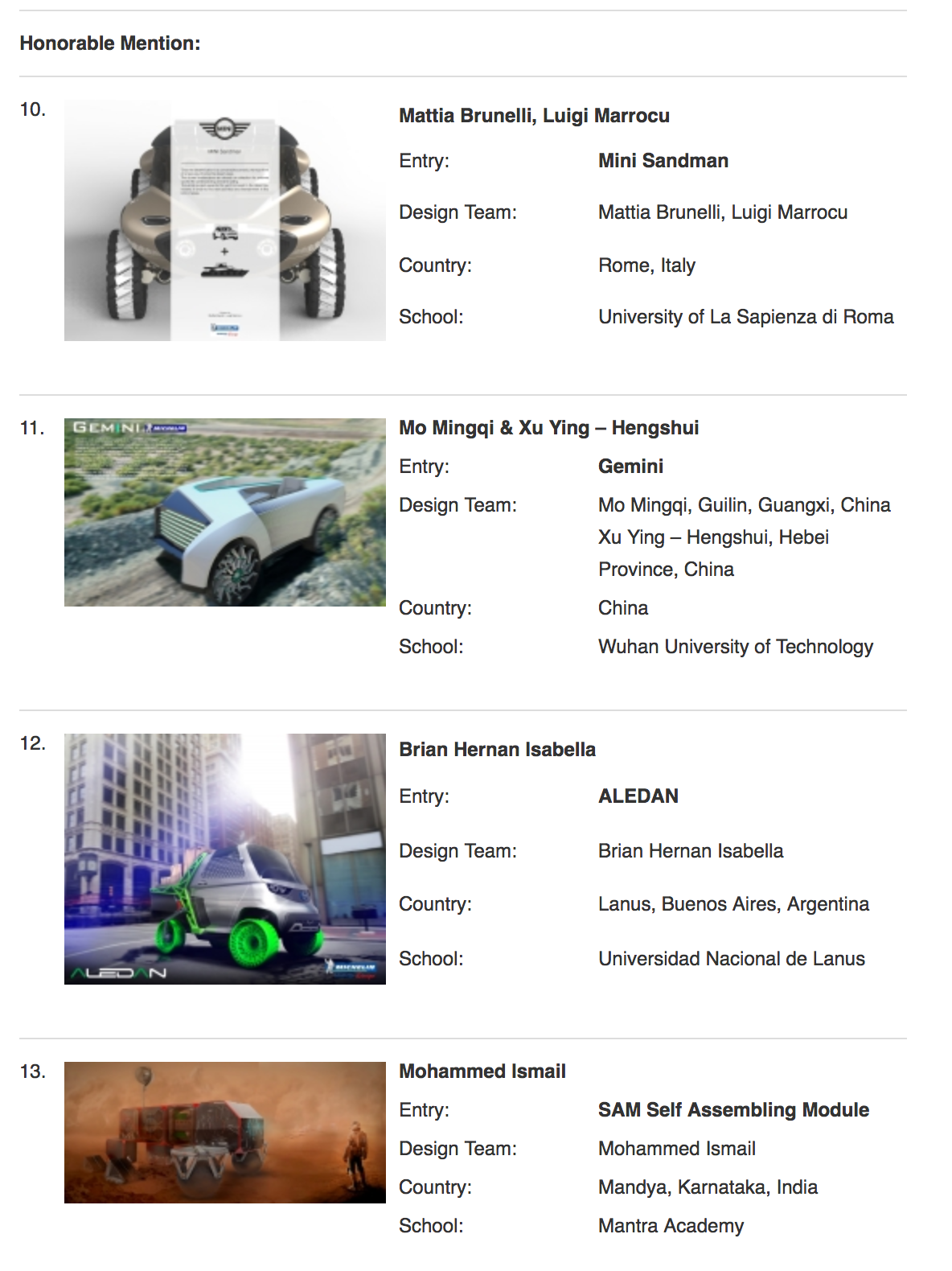 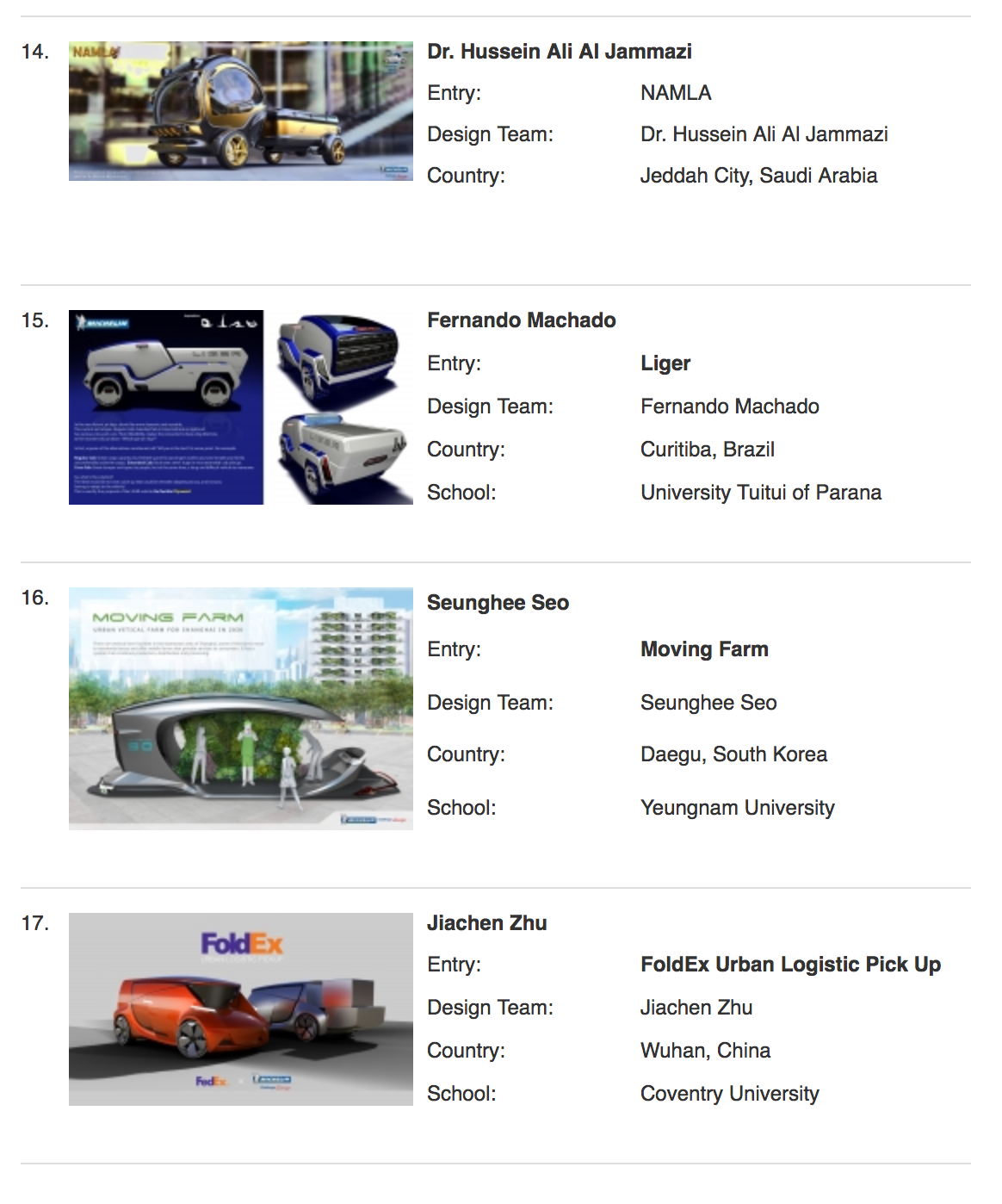