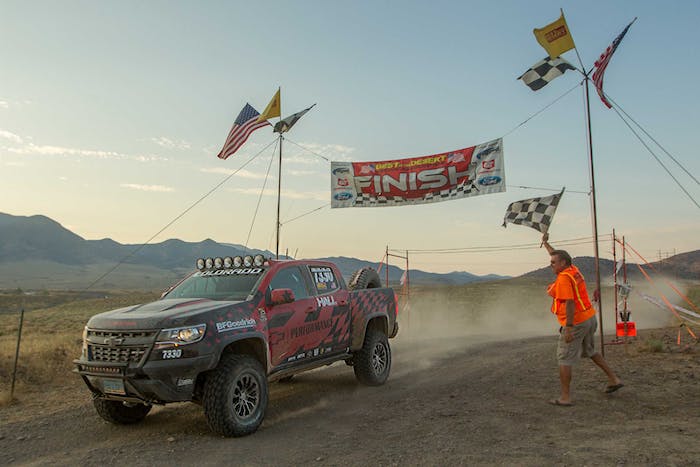 ZR2 crossing the Vegas to Reno finish line during the Best in the Desert “Vegas to Reno” race on Aug. 19.

GM reported today that its midsize Colorado ZR2 was the only stock truck to compete in and finish Best in the Desert’s General Tire Vegas to Reno race.

More importantly, according to GM, the 539-mile race gave its engineers an opportunity to test high performance parts that are currently under development.

Recognized by the Best in the Desert organization as 1st in Class 7300, the truck, piloted by Chad Hall and Frank DeAngelo of Hall Racing, crossed the finish line in Carson City, Nevada, around 7 a.m. PDT on Saturday, Aug. 19, taking 18 hours, 50 minutes and 16 seconds to complete the course with an average speed of 28.6 mph.

Despite cutting a few tires along the course and the expected rock damage, GM says the ZR2 held up well under the race’s punishing conditions. Only 204 of the 336 vehicles entered in the race completed the course.

“This truck is a lot tougher than I thought it was going to be,” said Chad Hall. “I clobbered some things on the course that would’ve broken many of the vehicles we competed with in the past.”

ZR2’s onboard co-riders and navigators were Austin Hall of Reno, Nevada, and Chris Woo of Truckee, California.

The truck was modified prior to the race with racing body-mandated safety items such as a roll cage, a 44-gallon racing fuel tank and racing seats with safety harnesses. KC HiLites racing lights, two-way radios and a GPS were also added.

The truck also was equipped with a handful of performance parts currently under development by Chevrolet performance engineering. More information on these parts will be announced in the near future.

“First and foremost, this was a development trip for our engineering team,” said Mark Dickens, executive director of Global Accessories, Performance Variants, Parts & Motorsports, General Motors, who was part of the chase and support team following the race from start to finish at all 14 pit stops.

“ZR2’s performance went beyond our most optimistic expectations, completing Vegas to Reno in its first outing. We learned a lot of things about the truck and could not be happier with the result, as well as the efforts of the Hall Racing team,” Dickens continued.

“The fact that the Colorado ZR2 was the only stock midsize truck to compete in Vegas to Reno reinforces our claim to be in a segment of one with this vehicle. Our success in this race is a testament to all that we’ve accomplished since the relaunch of our midsize truck program three years ago. We cannot wait to pass along the benefits of what we’ve learned here under extreme use and at future races to our customers.”

The Hall Racing Colorado ZR2 will compete next in the Best in the Desert VT Construction Tonopah 250 race presented by Polaris Oct. 19-22.

GM reports that the 2018 Colorado ZR2 offers new off-road features and the most off-road technology of any vehicle in its segment.

Compared to a standard Colorado, the ZR2 features front and rear tracks that have been widened by 3.5 inches and a suspension lifted by two inches. Functional rockers have been added for better performance over rocks and obstacles, and the front and rear bumpers were modified for better off-road clearance.

As with all Chevrolet trucks, the Colorado ZR2 is built with durability in mind, including a fully boxed frame, roll-formed high-strength steel bed and Duralife brake rotors. 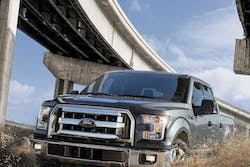 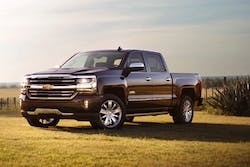 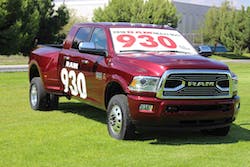 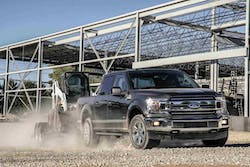 2018 Ford F-150 getting most advanced powertrain lineup yet