However, the top-tier business magazine notes in its most recent article on pickups that the workhorse vehicles have become so popular with U.S. consumers that they opted to dedicate an article to covering the used truck and SUV market.

This follows the magazine’s coverage of the pickup market last month in which it reveals that the best selling luxury vehicles in the U.S. are pickups packed with plenty of bells, whistles and ooh-la-la that might make a Mercedes backfire in envy.

One of the more interesting highlights of Monday’s article includes the line-up of the longest-lasting vehicles on the road, which are trucks and truck-based SUVs.

After analyzing 12 million vehicles, Forbes reports that the auto website, iseecars.com, produced a top-ten list of the most dependable vehicles in the U.S. Four are pickups and the others are full-sized SUVs that often share chassis and engine types with their truck brethren.

Trucks and SUVs that make the list are based on make and model type; model years are not included, though vehicles from model years 1981 and up were considered. The highest percentage of vehicle models that have are still rolling with at least 200,000 miles are considered for the list.

Number 1 is the Ford F-250 Super Duty. Six percent of these trucks are still traveling around with 200,000-plus miles.

Number 2 is the Chevrolet Silverado 2500HD. Look around and you’ll find that 5.7 percent of these trucks have reached at least 200,000 miles and are still going strong.

Number 4 is the Ford Expedition with 5 percent.

Numbers 5 and 6 turns out to be a tie between the Chevrolet Suburban and the Toyota Sequoia, both with 4.8 percent.

Number 8 is the Chevrolet Tahoe at 3.4 percent.

It’s interesting to note that there’s no data in the article comparing the number of a particular truck model sold to the amount of that same model that still travels the road at 200,000-plus miles. Some models simply outnumber others which can increase the chances of their exceeding over 200,000 miles.

Nonetheless, the findings are interesting as is the fact that Forbes has done another article on pickups. Could this mean that a travel story on the Redneck Riviera is coming up next? 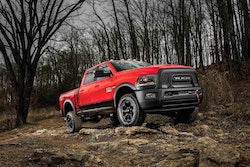 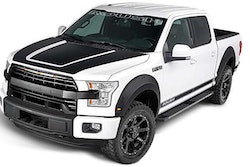 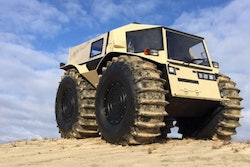 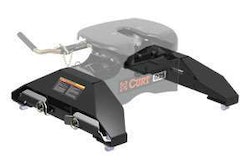