To assess headlight capabilities and limitations and learn what, if any, advantage advanced headlight technologies offer, AAA compared the performance of halogen, high-intensity discharge (HID) and light-emitting diode (LED) headlights.

AAA’s test results suggest that halogen headlights, found in over 80 percent of vehicles on the road today, may fail to safely illuminate unlit roadways at speeds as low as 40 mph.

The testing, conducted with the Automobile Club of Southern California’s Automotive Research Center, measured the distances at which modern headlights illuminate non-reflective objects on both low-beam and high-beam settings.

These findings, paired with guidelines issued by the American Association of State Highway and Transportation Officials, indicate that when traveling on unlit roadways, today’s headlights fail to light the full distance necessary for a driver to detect an object or obstacle in the roadway, react and come to a complete stop.

“AAA’s test results reveal that headlights found in U.S. vehicles fall short on safety,” said Megan McKernan, manager of the Automobile Club of Southern California’s Automotive Research Center. “By failing to properly light roadways at moderate speeds, a pedestrian or animal may not become visible to a driver until it’s too late to stop.”

While high-beam settings on halogen headlights improved sight distances by 28 percent at the testing facility, in real-world conditions they may only provide enough light to safely stop at speeds of up to 48 mph, leaving drivers vulnerable at highway speeds.

Despite the clear need for the additional visibility that high-beams offer, particularly on unlit roads, a recent AAA survey found that only a third of Americans admit to using these settings regularly.

Additional testing found that while the advanced headlight technology found in HID and LED headlights illuminated dark roadways 25 percent further than their halogen counter parts, they still may fail to fully illuminate roadways at speeds greater than 45 mph.

In addition to testing low-beam and high-beam headlight performance, AAA tested the effect that deteriorated (glazed) headlight lenses have on light intensity and glare.

The protective coating used on the plastics of modern lenses can slowly deteriorate and cloud after about five years, reducing light output and increasing light scatter which results in glare for other drivers.

The testing found that restoring headlights doubles the maximum light intensity and reduces glare-producing light scatter by up to 60 percent. Yet, according to a recent AAA survey, only 20 percent of Americans have performed this service.

“Deteriorated or dirty headlight lenses are not just an aesthetic issue,” warned Nielsen. “An annual service on older vehicles will increase your nighttime visibility and minimize distracting glare for fellow drivers.”

Since its founding in 1902, the not-for-profit, fully tax-paying AAA has been a leader and advocate for the safety and security of all travelers. AAA clubs can be visited on the Internet at AAA.com. 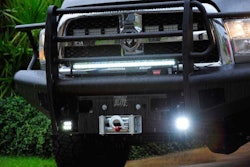 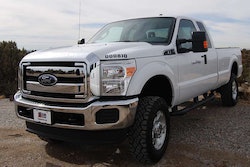 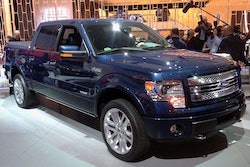 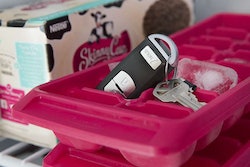