By the numbers; we test five of the most popular 1/2-ton 4×4 crew cabs to see how they compare

Bragging rights are always fun to establish, especially if your favorite brand holds the title as “best” in whatever category it is you’re debating.

There’s a lot to debate, too. Competition in today’s 1/2-ton four-door 4×4 pickup market is stout. So earning bragging rights is a big deal.

But you may not really care about the winner as much as wondering where your truck falls in the performance mix.

For that reason we teamed up with Cars.Com/Pickuptrucks.Com to see how five 2015 1/2-ton V-8 pickups compare when subjected to acceleration, braking and mpg numbers – empty and loaded with a trailer in tow or cargo in the bed.

We travelled to Wild Horse Pass Motorsports Park in Phoenix, AZ to do the dragstrip tests with the trucks empty.

Then the track test crew loaded each truck bed with 1,240 pounds of bagged salt, a load that was the maximum for the truck with the smallest payload capacity.

The mpg numbers were compiled while driving on a 100-mile highway loop between Glendale and Canyon Lake, 40-miles to the east of Phoenix.

The highway mpg numbers were figured with drivers alternating between vehicles during multiple runs both empty and towing 6,400-pound horse trailers while maintaining posted speed limits.

The trucks were filled at the same gas pump before and after each runs and the mpg numbers were then averaged. 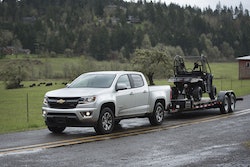 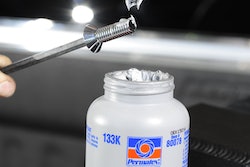 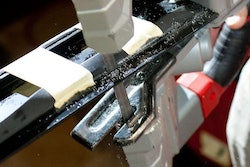 How To Make A Custom “Shorty” Tonneau Cover 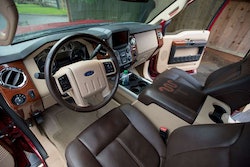