How To Clean Diesel EGR Manifold

How to clean a 6.6L Duramax EGR manifold

One of the commonly overlooked contributors to decreased diesel engine performance is the carbon deposit that builds up inside EGR-equipped trucks’ intake manifolds.

The primary reason for degrading engine performance and throwing an emissions code is the build up of the carbon deposit within the EGR manifold is preventing proper exhaust gas flow past the EGR valve.

Diesel EGR systems are inherently problematic due to carbon buildup in the intake manifold. (Long periods of engine idling is the biggest contributing factor.)

When the oily soot lodges in an EGR valve, it holds the valve open when it should be closed,  causing the engine to  idle rough or not at all.

A loss of fuel economy is also commons sign there’s an issue of a dirty EGR manifold on diesels that have more than 100,000 miles on them.

(Note: If the EGR valve has failed and is NOT opening at all, then symptoms would be higher combustion temps and as a result, higher Nox emissions.)

So if you are doing any sort work that requires removal of, or easy access to, the intake manifold, it pays to  give the EGR section a thorough cleaning.

In fact, many shop mechanics and dealers will do this at 100,000 miles as part of preventive maintenance.

The process is not that difficult. It’s just a dirty, grimy 10 minute job. Use a screwdriver or narrow gasket scraper to dislodge the oily carbon buildup from the manifold. It removes easily.

After the deposits are removed, give the manifold a good dousing with carb cleaner or other aggressive solvent.

Then flush out the manifold in a good parts washer and use an air gun to dry it before re-installing.

The result will be smoother idle and possibly better fuel economy as the manifold now recirculates those hot gasses (unburned fuel) back into the system.

Another benefit of cleaning the EGR manifold: It doesn’t break any federal smog laws like happens when diesel owners start blocking off or deactivating the EGR system. 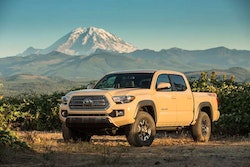 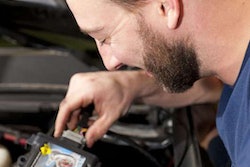 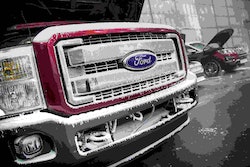 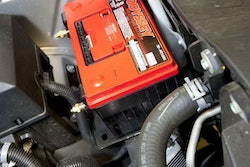