Contractors and other business owners in the construction trades have a lot to deal with at work to keep their businesses running smoothly.

And when things go the right way, it’s celebration time. Toasts are made and high-fives shared among all.

The coming months will be filled with celebration as millions of teenagers mark prom and graduation as the end of a school year or even their high school careers and launch into the more relaxed summer months.

Unfortunately, some combine their freedom and carefree attitude with reckless actions making prom, graduation, and the Fourth of July among the most dangerous times of the year for teenage driving.

According to U.S. Census data there are 13 million driving-aged teenagers and, with 23 percent of teens admitting to driving under the influence of alcohol, marijuana or other drugs, as many as 3 million impaired teen drivers may be taking to the roads during the upcoming months, according to a new survey from Liberty Mutual Insurance and SADD (Students Against Destructive Decisions).

Ironically, the large majority of teens (91 percent) consider themselves to be “safe/cautious” drivers.

Yet many teens don’t even consider alcohol, marijuana or other drugs a distraction or deterrent to their driving ability.

Of teens who admit to drinking and driving, nearly 40 percent claim that alcohol has no impact on or even improves their driving.

With more than 3,000 teen driving deaths each year, according to the National Highway Traffic Safety Administration, Liberty Mutual Insurance and SADD urge parents to have potentially life-saving conversations with their teens before it’s too late.

“The end of the school year and the summer months are exciting times for teens, but they are also the most dangerous,” says Dave Melton, a driving safety expert with Liberty Mutual Insurance and managing director of global safety.

“A celebratory toast can quickly lead to serious consequences down the line. These new data illustrate that there is clearly a strong need to increase the level of education around safe driving. More importantly, it’s a flag for parents to make sure they talk to their kids regularly about the importance of safe driving behavior.”

During prom and graduation season, Fourth of July, and the weeks before school resumes in the fall, as many as 1.4 million teens could be driving under the influence of alcohol or other drugs.

While school programs play an important role in keeping teens from engaging in illegal activities, and these programs have increased in recent years, speaking with your teen at home about the importance of safe driving is more critical than ever.

“School programs can only go so far,” says Stephen Wallace, senior advisor for policy, research, and education at SADD.

“For example, we know that teens are more likely to drink around events such as Fourth of July, which are less supervised than prom or graduation. It is up to parents to talk to their teens about the dangers of driving under the influence. The Parent/Teen Driving Contract is a great way to start important conversations with your teen.”

Liberty Mutual Insurance and SADD encourage parents to have a conversation with their teen about responsible driving and sign a Parent/Teen Driving Contract.

The customized agreement enables you to create and uphold family driving rules, especially during this dangerous time of year. For more information about safe teen driving and to download a contract, visit www.LibertyMutual.com/TeenDriving. 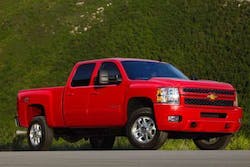