Manufacturing and the selling of aftermarket performance parts that replace or defeat the emission controls on late-model diesel pickups has hit the proverbial brick wall.

At least that’s how it appears as the crack-down on DPF Delete products by the federal government has shut down some performance aftermarket companies while costing others untold amounts in lost revenues and potential federal fines.

Prod a bear with a stick long enough and it’ll come after the antagonizer with a vengeance.

In this case the bear is the Environmental Protection Agency (EPA – the Office of Enforcement and Compliance Assurance (OECA) its all-powerful claws and teeth.

Antagonizers are those who manufacture, sell, install and use devices that modify or replace smog-control devices found on late-model, street-licensed diesel pickups.

When those products are used on a registered vehicle it’s a clear violation of the 1990 Clean Air Act (CAA) – and the EPA doesn’t look kindly on such actions.

This immediately set into motion a small group of performance enthusiasts and manufacturers in the automotive aftermarket looking for ways to circumvent the restrictive components.

It didn’t take long before computer programs and exhaust system products designed for racing applications were in production and being installed on diesel pickups.

These products included parts to replace the DPF itself (DPF deletes), along with any other components that would impede exhaust flow downstream from the turbo, such as the muffler and resonator.

Some of the products also replaced or blocked the EGR (exhaust gas recirculation) system, and opened the door to the use of larger turbos and bigger injectors.

DPF Delete kits also required the engine control module (ECM) on these later-model diesels to be re-programmed so the removal of the pollution-control devices didn’t set off warning codes, trip “limp-home” engine-operating modes, and/or prevent the engine from running altogether.

For the computer wizards, re-writing engine code was almost as easy as making the performance exhaust components.

ABOUT TUNES AND TUNERS

Performance enthusiasts referred to these software upgrades that changed fuel delivery, timing, and other functions, as “tunes”; the hand-held hardware needed to upload them into the ECM through the diagnostic port under the dash, “programmers”; and those that write the programs, “tuners.”

That’s why manufacturers such as Edge Products, Superchips, EFILive, H&S Performance, Pure DPF Delete, SCT Flash and others worked hard and fast to capitalize on a hungry and receptive diesel-pickup performance market.

DPF Deletes and related products were a huge success because the “upgrades” helped diesel pickups make considerably more power and achieve better fuel economy than they did in factory configuration.

When all was said and done, DPF Deletes and related software upgrades could easily add 200-300hp to a stock diesel’s output.

What made the EPA take notice and start biting back is the majority of the DPF Delete-related products sold were being used on pickups driven on the street—not just the track.

Diesel pickup owners seemed to forget one small item in their quest to maximize power and fuel economy by circumventing the mandated pollution controls:

Any product intended to modify or replace the smog-control system is totally illegal for use on any registered vehicle, be it driven on public property or private.

There are no exceptions. It’s a federal violation at the heart of our country’s smog laws that have been in effect since the ‘70s.

Fast, throaty-sounding diesel pickups pouring black smoke from the exhaust made big impressions on drag strips. Unfortunately, many of those same trucks also stood out on the open road, which couldn’t be ignored by the EPA.

Nor could the EPA ignore the coverage these products were getting in the performance-oriented magazines and websites, which showed street-licensed diesel pickups being modified.

Prod the bear long enough and hard enough and there’re consequences. Such flagrant violations of the federal smog laws couldn’t be ignored by EPA.

So the EPA went into action, drawing plenty of financial blood in the legal process that’s actually been going on for several years according to both government and aftermarket sources.

The OECA’s criminal investigations into the misuse/abuse of DPF Delete products has lead to serious legal actions and on-going investigations aimed at the manufacturers of such products.

These actions have resulted in “nearly all major suppliers of DPF Delete tuning withdrawing these products from the market,” according to our sources at EPA.

“EPA has also issued a ‘notice of violation’ to H&S Performance for the sale of defeat devices, including the sale of tuning devices that allow the removal of a vehicle’s diesel particulate filter (DPF Deletes),” says the EPA. (See update)

Diesel pickup owners running DPF Delete kits, EGR bypass kits, DPD Delete software, and so forth, and the shops that have been installing these products, are also on the EPA’s enforcement radar.

Our sources say both Edge Products and H&S Performance LLC have been given subpoenas from the EPA’s enforcement division (OECA) to turn over their records related to the manufacturing and sale of diesel pickup pollution-control defeat products.

It’s no stretch from there to see a direct path from the shops that bought and installed those products to the vehicle owners themselves – all without the need of a single vehicle inspection. The paper trail says it all.

Removal or tampering with any pollution-control devices on a registered vehicle is a federal violation. DPF removal tops the list on diesel pickups.

If the vehicle is registered and it has or had DPF Delete devices installed on it, that’s a clear and flagrant violation of federal smog laws.

(As for the waiver many marketers of these products have buyers sign, it means little in a federal court unless it can be proven the products were, indeed, installed on a race vehicle and not put on the street.)

According to the EPA website, its enforcement division targets anyone who commits a “proscribed act or who direct, aid, or counsel another individual to act in a manner contrary to environmental laws.”

That includes everyone from shareholders to sales clerks, corporate officers to shop mechanics.

Vehicle owners convicted of violating the federal smog law related to the tampering with, disabling or removing the pollution-control devices on a vehicle face civil penalties is up to $3,750 per infraction.

But that’s not all.

As we reported in “DPF DELETE: The Pros and Cons of Removing Your Pickup’s DPF” (July 2011), according to Section 205 of the CCA, the manufacturer of the product, the seller of the parts, and the installer also face fines.

Each of those can be hit with a $37,500 fine for each violation related to “removing or rendering inoperable” the DPFs.

In addition, CAA Section 203(a)(3)(B) “prohibits the manufacture, sale, offering for sale, and installation of devices (including software) that defeat the operation of components of the emission control system.”

So, as the CAA statutes read, it’s conceivable the fines that could be imposed for doing a DPF Delete on one diesel pickup could cost the owner $7,500 and the manufacturer of the product, the retailer and the installer $75,000 each.

There are state violations that could be imposed as well.

Incarceration is also on the table for all the above if they constitute criminal charges. It all depends on how bad the bear wants to bite.

The EPA doesn’t comment on on-going investigations or criminal prosecutions in progress.  The manufacturers of these products don’t want to talk, either.

We contacted Edge Products, Superchips, H&S, EFILIve and several other manufacturers that had (or still offer) DPF Deletes to see if they are offering any buy-backs or recalls of their products from those who installed them on street-licensed diesel pickups.

As of this writing, no direct reply from those we contacted. (See Update)

That silence speaks loudly as to the seriousness of the EPA crackdown on DPF Deletes.

No doubt those are the reasons several well-known manufacturers of DPF Deletes have suddenly pulled their products off the market and issued statements on the websites trying to explain dropping the products.

DPF Delete kits installed on registered vehicles driven on the street provide better mpg and more power than their “street-legal” performance counterparts. But such upgrades violate the Clean Air Act.

EFILive, a New Zealand-based company that garnered a considerable consumer base for their Duramax DPF Delete programmers and EGR-delete products, issued a statement last November, Legal Responsibilities for Tuners in the United States of America, which covered all the reasons they make such products.

But at the conclusion makes it clear tangling with EPA is not a fight they want:

“For USA based customers only, EGR and DPF related items will no longer be available for modification.  EFILive urges all of our US distributors, resellers, tuners and customers to educate themselves on their local regulatory bodys’ legal requirements for modifying road registered vehicles.

“Recently the US EPA has made it known that removing the DOC and/or DPF is illegal on any vehicle that is road registered in the US, even if the vehicle is being used on private property.” – EFILive

Edge Products, which makes a wide-range of “street-legal” electronic programmers and one of the pioneer providers here in the States of DPF Delete products intended for “racing purposes only,” has also faced the EPA’s wrath.

Last summer they, too, issued a letter explaining why Edge Products and sister company, Superchips, were ceasing the sale and distribution of their “race-only” tunes and programmers here in the U.S..

They claim the “abuse” of such products (being used on licensed vehicles) as the reason behind the decision. The letter also includes a warning to others about the seriousness of the legal issues at stake:

“We have strong reason to believe all companies that continue to engage in the business of manufacturing, distributing, or selling these kinds of products in the United States,” the letter says, “will be subject to enforcement action from both the United States EPA and the California Air Resources Board.” – excerpt from Edge-Superchips_Racing_Discontinuation.pdf on file with the EPA.

Utah-based H&S Performance made a similar statement in a November 2012 press release, saying, “Due to our dialogue with governmental agencies within the United States, H&S Performance, LLC has decided to voluntarily suspend production of all tuning devices and EGR/DPF modification kits, effective immediately.”

While H&S still offers “street-legal” performance products and accessories not affected by the EPA crackdown, sources say the company may relocate to Canada where enforcement of vehicle smog laws and sales of such products are “less stringent.”

Whether companies move, cease the sale of DPF Deletes, or drop out of the diesel-performance aftermarket all together, it’s clear the government’s crackdown on the sale/mis-use of pollution-control defeat devices and software on licensed/registered pickups has been effective.

There are many EPA-approved diesel performance products out there from which to choose.

But those products intended purely for the track are going to be considerably harder to find because of the few pickup enthusiasts and manufacturers who have crossed the EPA’s fine line. – Bruce W. Smith/ProPickup

(Editor’s note: We will add to/amend this article as new information is made available.) 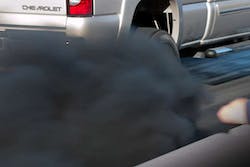