The 2014 model year Ford F-150 will come with an additional option – the ability to run on compressed natural gas or propane.

Once the truck hits the road, it will be the first of its kind; making Ford the only manufacturer with an available CNG/LPG-capable half-ton pickup.

“Businesses and fleet customers have been asking Ford to make F-150 available with CNG capability to take advantage of the fuel’s low price and clean emissions,” says Jon Coleman, Ford fleet sustainability and technology manager. “With the money saved using CNG, customers could start to see payback on their investment in as little as 24 to 36 months.”

Ford said Wednesday its 2014 Ford F-150 with 3.7-liter V6 engine will be available this fall with a factory-installed, gaseous-fuel prep package that includes hardened valves, valve seats, pistons and rings so it can operate on either natural gas or gasoline through separate fuel systems.

When the 3.7-liter V6 F-150 is equipped with a CNG/LPG engine package, it will be capable of achieving more than 750 miles on a tank of gas, depending on the tank size selected. The Ford F-150 averages 23 mpg on the highway, according to Ford.

Ford says CNG/LPG engine prep from the factory adds only about $315 to the sticker price before the customer chooses a Ford Qualified Vehicle Modifier to supply fuel tanks, fuel lines and unique fuel injectors. A full upfit will cost between $7,500 and $9,500 depending on fuel tank capacity.

Since reintroducing the natural gas option in 2009, Ford has carved out a toe hold in the marketplace. The company is on pace to sell more than 15,000 CNG/LPG-prepped vehicles this year, an increase of more than 25 percent from 2012.

Production of F-150s fitted with the prep kit will begin in November, but Ford says it will take orders in August. 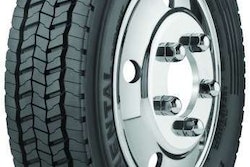 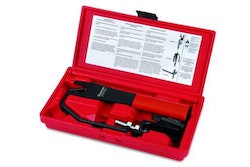 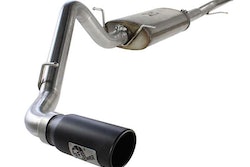 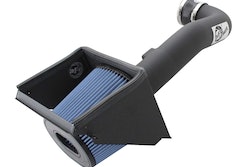