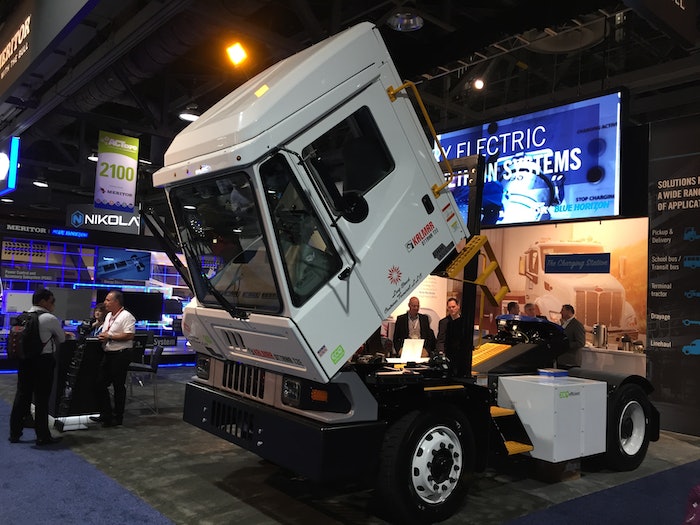 Meritor announced at the Advanced Clean Transportation Expo that it will be supplying electric drivetrain systems for 38 terminal trucks in a partnership build with TransPower which is being funded by one of the largest grants ever awarded for port tractors.

Meritor and TransPower were awarded the $17.1 million contract with SSA Marine as part of the $50 million Port of Long Beach obtained from the California Air Resources Board’s Zero and Near Zero Emission Freight Facility (ZANZEFF) program. ZANZEFF funds transformative emissions reduction strategies at freight facilities throughout the state.

The trucks will be spec’d with Meritor brakes and its Blue Horizon eAxles which will work in tandem with TransPower’s electric powertrain. TransPower is also supplying accessory and energy storage subsystems and powertrain controls. The DINA branded battery-electric tractors, which will go to work later this year at the Ports of Long Beach and Oakland, are designed to operate 16 hours a day while hauling up to 130,000 pounds of cargo. The trucks will run for eight hours, charge up for an hour, and run another eight hours before charging overnight.

“As we continue to make strides in our eAxle builds I think the key is—and this show embodies it—a collaboration between fleets, OEMs and our integration partner TransPower,” Reed said during a press conference Wednesday. “We’re building on their expertise of over 175,000 miles of actual road data. That’s significant. That’s a key success factor that’s going to help us bend that development curve and really accelerate on battery electric vehicles.”

Meritor, which is set to release its third generation eAxle next month, is working on truck electrification with Daimler, Peterbilt and PepsiCo. Deliveries of the Meritor-Transpower yard tractors are expected to begin later this year and continue through October 2020.

“This is one of the largest contracts ever awarded for battery electric terminal tractors and it further validates Meritor’s position as a leader in electric drivetrains as we work toward the commercialization of battery-electric vehicles,” Reed said. 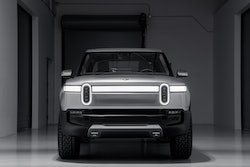 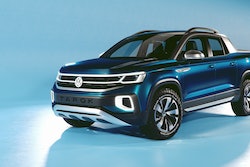 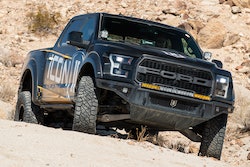 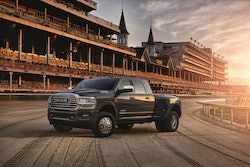