“Congratulations to Scott Woodrome and his team at FedEx Freight for winning this year’s Bendix Grand Champion Award,” said ATA President and CEO Chris Spear. “This process began with thousands of drivers competing at the state level, but only one driver can emerge as overall grand champion, and it’s a testament to Scott’s commitment to safety and his craft that he was able to take home top honors this year.”

Woodrome, a longtime competitor in truck driving championships with more than 1.8 million lifetime safe driving miles, competed in the Tank Truck division. He has been in the trucking industry for 25 years, spending 12 of those years with FedEx Freight. This is the first Bendix Grand Champion award for Woodrome, who has won his state championship a dozen times.

“What an honor it’s been to host hundreds of the nation’s elite truck drivers this week and showcase their skills as safe professionals,” said ATA COO and EVP of Industry Affairs Elisabeth Barna. “From start to finish, Columbus was a great location and we were excited to see such great support from the families and friends who came out to support these drivers.”

ATA also recognized Ronald Zieser as the 2018 Rookie of the Year. Zeiser claimed the title after performing in the 3-Axle division. To qualify as a rookie drivers must be first-time competitors at the state level who advanced to nationals. This year, there were 28 rookies competing at the National Truck Driving Championships.

In addition to the individual awards, the team of drivers from Nevada, went home with the Team Championship. The State of Pennsylvania took home 2nd place honors, with Colorado coming in third.

“Several individuals excelled outside the driving course throughout this week’s competition, demonstrating their professionalism, knowledge and dedication to the trucking industry,”ATA’s press release states.

Professional truck driver Neil Nogues of YRC Freight was recognized with the highly-coveted Neill Darmstadter Professional Excellence award. Michael Flippin and Eric Courville of FedEx Freight and Tony Spero of ABF Freight achieved perfect scores on the written exam phase of the championships and are receiving the Highest Written Exam Award for their efforts. Additionally, Michael Whitehead of FedEx Freight is taking home the Vehicle Condition Award for his performance during the pre-trip inspections.

The National Truck Driving Championships are made possible by dozens of NTDC committee members and volunteers who judge the course, serve as liaisons to the drivers, conduct course walk-throughs and perform a number of other key tasks. As such, ATA and ATA’s Safety Management Council honor one volunteer each year with the Sam Gillette Volunteer of the Year Award. This year’s Sam Gillette Volunteer of the Year Award was presented to Jerry Waddell of Cargo Transporters.

Champions from each of the 9 vehicle classes were also announced. Joining Scott Woodrome on the list of national champions are:

Full results from the final competition below:

The North America Inspectors Championship was held in conjunction with NTDC. The 2019 National Truck Driving Championships will be held at The David L. Lawrence Convention Center in Pittsburgh, Pennsylvania, August 14-17. 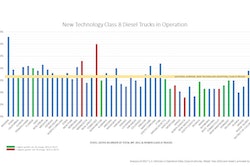 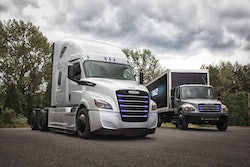 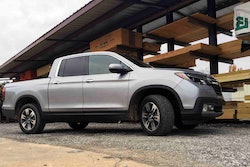 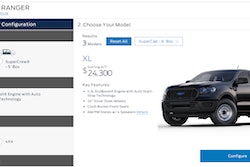