FMCSA to host listening session on autonomous trucks next week

Trucking industry stakeholders are invited to participate in a public listening session next week about regulations relating to the design, development, testing and integration of autonomous trucks, or automated driving systems (ADS), as they are referred to in a Federal Register notice to be published Monday, June 11.

The listening session is scheduled for Tuesday, June 19 from 1-3 p.m. Eastern at the University of Michigan in Ann Arbor.

The Federal Motor Carrier Safety Administration says it is targeting stakeholders who have not weighed in on the issue yet to attend, including academia, insurance groups and technology providers and developers. Those interested in attending should RSVP here. Those who cannot attend in person can submit written comments or questions in the public docket here.

The agency is focusing on autonomous levels 3-5, which range from vehicles requiring a driver who is ready to take control of the vehicle at any time to vehicles capable of performing all driving functions under all conditions.

FMCSA requested written public comments through a Federal Register notice earlier this year and received 82 comments in the 45-day comment period. The agency says this listening session will supplement the information it gathered from that request for comments by hearing from new groups.

The effort to evaluate regulations that could affect the deployment of autonomous trucks is part of a larger U.S. Department of Transportation initiative to clear a regulatory path for autonomous technology, including driverless trucks.

The agency notes in the Federal Register notice it has announced the initiation of a rulemaking concerning autonomous commercial vehicles beginning with an Advance Notice of Proposed Rulemaking, titled “Safe Integration of Automated Driving Systems-Equipped Commercial Motor Vehicles,” which is currently scheduled to be published in December. 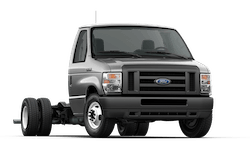 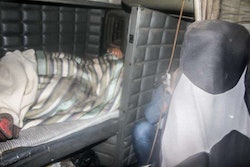 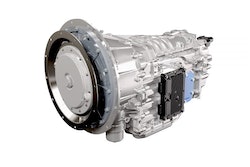 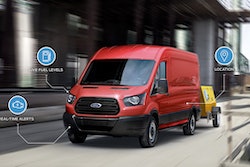 Ford Commercial Solutions offers a step up from third-party telematics