Fuel-cell trucking will flourish in California, Shell says, after getting $8M grant to build hydrogen station in Long Beach 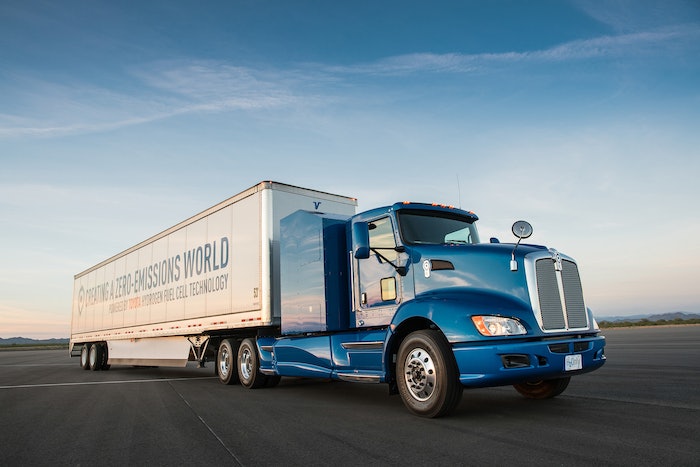 Equilon Enterprises LLC, doing business as Shell Oil Products U.S. and Toyota have been provisionally awarded $8 million by the California Energy Commission (CEC) to develop the first hydrogen-truck refueling station at the Port of Long Beach.

The funding, which is contingent upon the approval of the project at an upcoming CEC meeting, forms part of the CEC’s Alternative and Renewable Fuel and Vehicle Technology Program, which helps develop hydrogen and electric infrastructure at ports, warehousing and distribution centers in California.

Shell and Toyota expect the facility to encourage the use of zero-emission hydrogen fuel cell electric trucks in and around Long Beach, one of the world’s largest freight hubs.

“This station will help the hydrogen-fueled freight sector to flourish in California,” said Oliver Bishop, hydrogen general manager at Shell.  “Hydrogen offers a promising path for decarbonizing transport, particularly the heavy-duty sector where there are few alternatives to conventional fuel. Shell and Toyota will combine their expertise to deliver an effective alternative fuel for Californian freight.”

If approved, Shell will build, own and operate a hydrogen station at the Toyota Logistics Services location at the Port of Long Beach, fueling Toyota’s Project Portal heavy-duty fuel cell proof of concept truck and public fleets.

“We greatly appreciate the CEC for recognizing the importance of this breakthrough project at the Ports of Long Beachand Los Angeles,” said Craig Scott, director of Advanced Technology Vehicles, Toyota Motor North America. “Toyota continues to demonstrate that fuel cells are one of the most innovative and sustainable technologies for light and heavy-duty vehicle electrification. This initiative with Shell further strengthens our combined commitment to hydrogen as a viable transport fuel and complements our retail station project in Northern California.”