Medical waste from truck crash spills across I-10 in Arizona 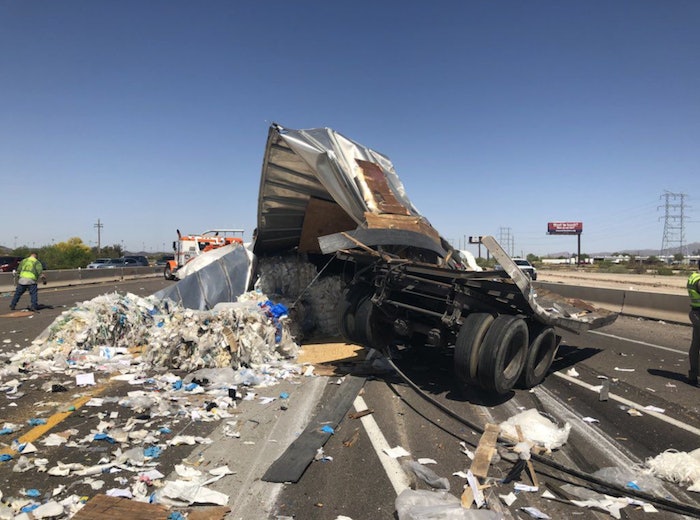 The driver of a tractor-trailer carrying a load of medical waste lost control of the rig and crashed on Interstate 10 this morning in Tucson, Ariz.

The driver, whose name was not released, was taken to the hospital with non-disclosed injuries after the truck rolled over near the median and sent piles of non-hazardous medical trash across the east and west bound lanes, according to tucsonnewsnow.com.

Traffic in both directions was backed up for hours as crews worked to clear the highway. Investigators are still trying to determine a cause for the crash which occurred around 10 a.m. local time.

A tractor trailer carrying medical waste rolled on eastbound I-10 between Ina and Orange Grove (in the construction zone). Debris all over both sides of the freeway. Avoid if possible. pic.twitter.com/izhc66nbZd