Autonomous Peterbilt, hydrogen-powered Kenworth on display at CES this week 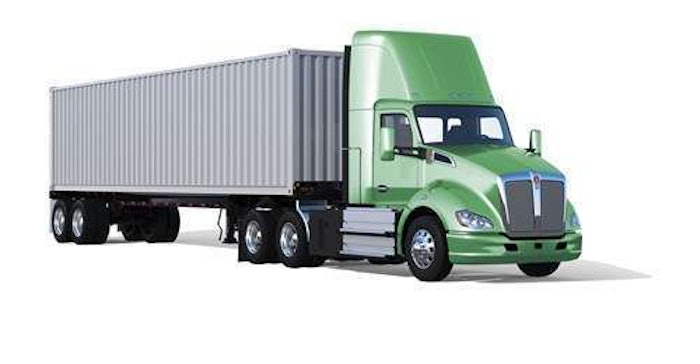 Paccar will have on display for the first time next week a hydrogen fuel cell-powered Kenworth and an autonomous Peterbilt tractor at the annual CES technology event in Las Vegas.

The Kenworth T680 daycab is a prototype zero-emission truck part of Paccar’s Zero Emission Cargo Transport Demonstration project.  To develop the rig, Kenworth received $2.1 million in funding from a Department of Energy grant.

A Peterbilt 579 autonomous truck will also be on display at the Paccar Innovations booth at the show. The autonomous tractor features a Paccar MX-13 engine and other technologies that will be the “building blocks of Peterbilt’s future technology offerings,” the company says.

CES will be held Jan. 9-12. Paccar’s booth will be located in the Las Vegas Convention and World Trade Center’s Central Plaza.