Most of the time when trucks are used to help celebrate the holidays you’ll see them in Christmas parades dressed up in lights and pulling floats, honking horns and—in the case of firetrucks—sounding off sirens.

However, a determined fireman in Colorado took a different approach this year by synchronizing the lights of his station’s firetrucks to Christmas music.

According to 9news.com, it took Jason Bostron at the Sterling Fire Department ten hours to edit the video in the hopes of spreading some Christmas cheer. Looks like his work paid off. To date, he’s gotten 120,998 views.

For those looking for a more traditional take on Christmas trucks, we’ve included a video of this year’s popular Campbell River Christmas Truck Parade plus a shot of a circa-1960s Ford Econoline truck hauling Santa during this year’s Christmas parade at Pier Park in Panama City Beach, Fla. Merry Christmas! 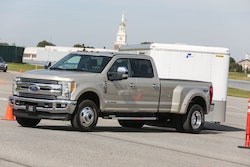 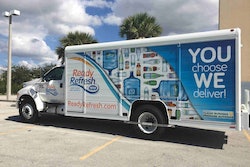 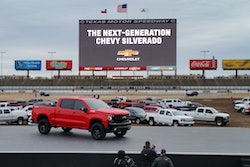 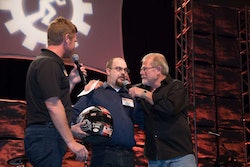