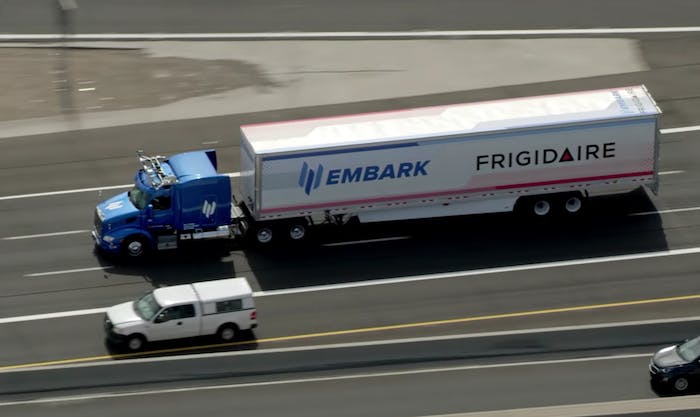 In a partnership with Ryder and Frigidaire, autonomous retrofitter Embark announced it conducted tests of its semi-autonomous system in four states last month. Ryder tractors equipped with Embark’s Level 2 autonomous system operated in an autonomous mode in on-highway segments during trips of about 650 miles, the company says. Drivers operated the rigs on surface streets.

Several loads were hauled throughout October, Embark says, during which one truck traveled as many as 306 consecutive miles in automated mode, with the driver only taking over control for a mandatory stop at a state border.

“Operating at a Level 2 system, the tests involved trucks with drivers sitting at the wheel actively monitoring the road, supervising the system and ready to take control at any time,” Embark said in its press release. The tests were conducted, after coordinating with state transportation and public safety officials, in Texas, New Mexico, Arizona, and California.

“We believe that automated transportation will play a key role in how logistics networks function in the future,” said Dennis Cooke, president of global fleet management solutions for Ryder. “Automation will ultimately improve safety, efficiency, and sustainability for our customers who count on Ryder to provide them with guidance around new technologies such as advanced driver-assistance systems.”

Embark says it hopes to continue the partnership with Frigidaire and Ryder to continue to test its automated system.

“Every month we’re making big strides,” said Embark founder Alex Rodrigues. “We’re working towards commercializing this technology and aim to have it operational within just a few years.” 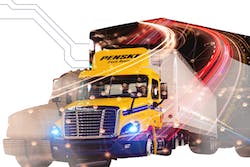 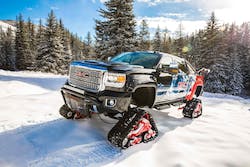 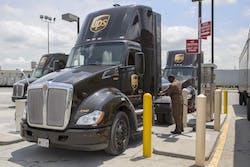 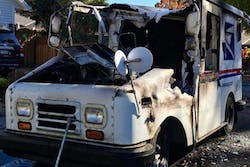