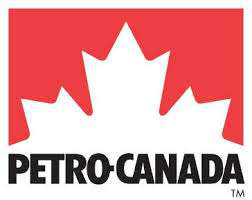 Temperatures nationwide are beginning their downward trend and some parts of the country are already seeing snowfall.

“To avoid this situation, fleet managers and owner-operators need to use a lower viscosity oil, one which can stay viscous and maintain flow as temperatures plummet,” he says. “A lower viscosity lubricant is better able to move around machinery at a quicker pace, keeping the components cool and running.”

For fleets that routinely run in cold weather, Humphrey says it is worth considering engine oil viscosity options like SAE 0W-40, 0W-30 or 5W-40.

“These fully synthetic formulations are designed to shield critical engine components from the coldest climates and have been developed to deliver the highest performance standards in extreme heavy duty applications,” he says.

“When it comes to preparing for low temperatures, fleet managers should also be looking at their multi-grade hydraulic, driveline and gear oils,” he says.

“For a new battery, the winter is no problem because of the level of electrolytes,” he says. “As a battery ages, the more the electrolytes become water, which can cause a battery to freeze. New batteries are richer with acid and less likely to freeze.”

Mustafa suggests testing any battery that has been in service for longer than a year.

“A typical battery on a perfectly maintained truck is going to give you about 3 years, and that’s a best-case scenario,” he says. “If you’re getting close to that, rather than just making sure the connections are tight, you need to have it tested.”

The truck’s cooling system probably gets the most attention as temperatures change since the demand for its anti-freeze properties become just as important as its ability to keep the engine cool.

“If you have a cooling mixture that is rich on water, it’s going to freeze at a [higher] temperature and that expansion [of fluid] can damage the engine,” Mustafa says. “In addition to that, if the additive is not right, it won’t have protection against cavitation and damage to the engine.”

A properly maintained coolant system can also has a positive impact on the truck’s heating system.

“As long as you’ve got the cooling system right and the blowing motor is working right, you should be okay,” he says.

When inspecting the coolant system, since the hood is already tilted, Continental Marketing Manager Tom Lee says that is a good time to closely inspect the all the truck’s belts and hoses.

“Rubber products in general, when they fail they are catastrophic failures,” he says, “which means when they fail, that vehicle is in for a tow.”

Heat is detrimental to any rubber part, Lee says, and under the hood is the hottest zone possible.

“More heat means more [rubber] curing, and more curing means more age, and that takes the life out of the part,” he says.

The upper and lower radiator hose should be visually inspected along with, Lee says, the inlet and outlet heater hose and all other miscellaneous hose lines for coolant recovery.

Belts should be inspected for abnormal rib wear or cracks. Lee says any belt showing more than two cracks within two inches should be replaced. Additionally, noisy belts are audible indicators of an issue.

“Belts make noise for some very good reasons,” Lee says. “That [belt] drive is designed to be quiet, so if there’s a noise coming off that belt there’s a reason.”

A drop in ambient temperatures has a similar impact on air as it does on fluid. Mustafa says the onset of the first cold snap – for example, from 90 to 60 degrees – can drop a tire’s air pressure by approximately 10 pounds on each tire.

“Temperature and pressure go hand-in-hand,” he says. “When the temperature goes down, the [air] pressure does, too.”