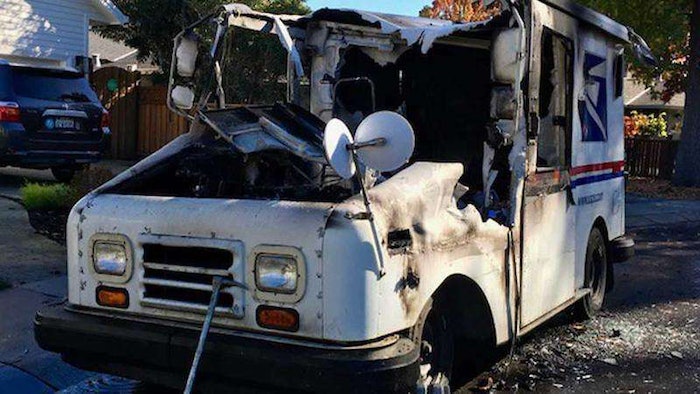 No one was hurt in the blaze which was reported around noon Friday as the carrier was out making deliveries in a residential area.

Mail that could be salvaged inside the vehicle was transferred to another postal worker. The cause of the fire is still under investigation, according to abc7news.com.

Late last month postaltimes.com, citing a USPS memo, reported 88 USPS LLV fires for the year through Oct. 23. The memo asks postmasters, managers and supervisors to look for fire hazards in the LLVs.

“We are finding the MDD chargers are being utilized more and more to store water bottles, pop cans and supplies which can eventually lead to a fire,” the memo states in part.

The memo also reports that one carrier created a fire hazard by plugging a 4-way splitter into the LLV’s 12-volt power receptacle to power a dual fan.