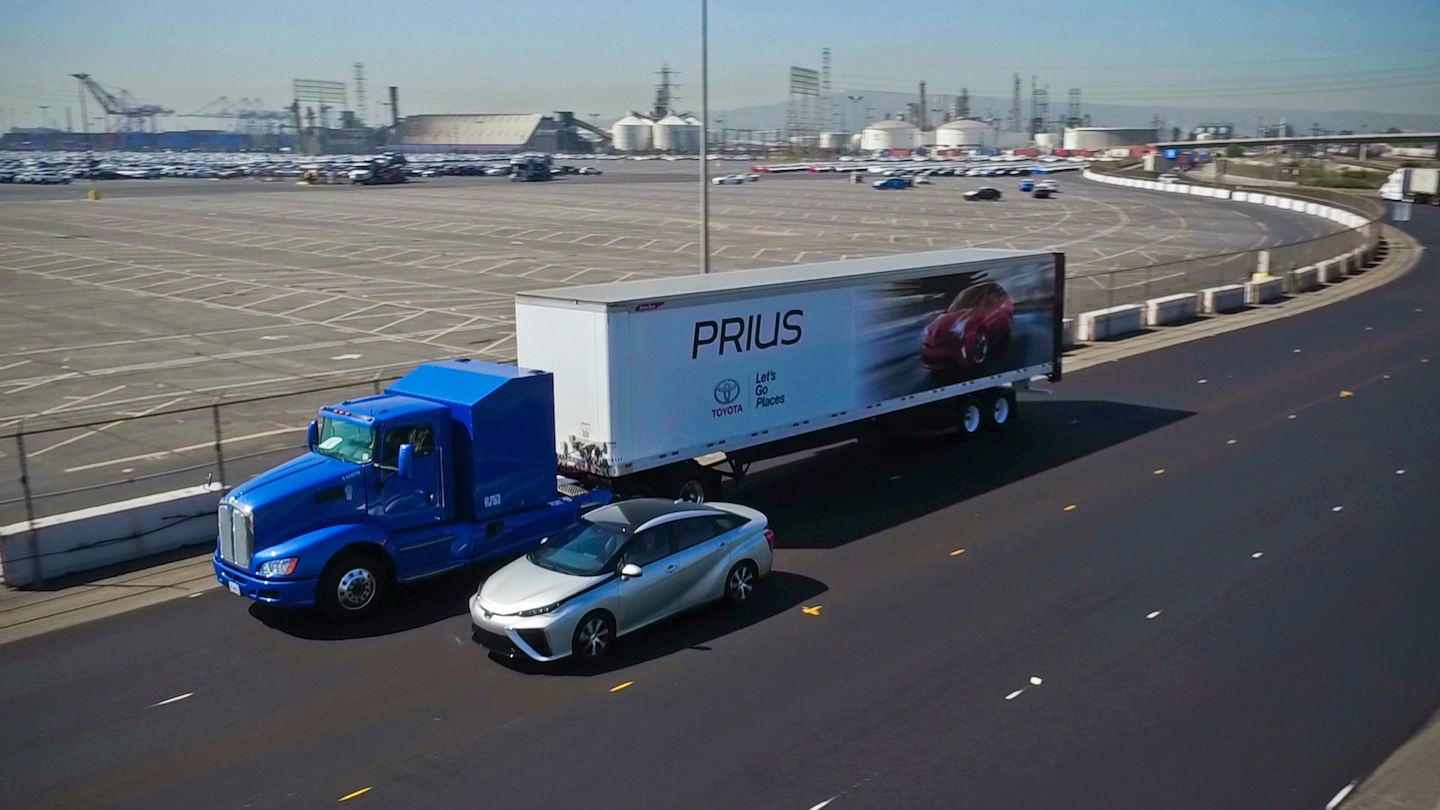 Toyota’s Project Portal hydrogen fuel cell semi next to the Toyota Mirai sedan, which is also powered by hydrogen.

If it still seems odd that Toyota is a lead developer in heavy-duty fuel technology, keep in mind that the automaker introduced its hydrogen fuel cell sedan, Mirai (Japanese for ‘future’) back in 2014. Consequently, Toyota’s Project Portal truck is powered by two Mirai fuel cell stacks which have already propelled it through 4,000 miles of development hauling drayage-rated cargo weight while emitting nothing more than water vapor.

Beginning on October 23, Project Portal will move on to its next phase of testing as the truck begins moving goods from the Ports of Los Angeles and Long Beach to surrounding rail yards and warehouses for distribution. The daily trips will total around 200 miles, which is roughly the range of the truck.

Toyota reports that these localized, frequent route patterns are designed to test the demanding drayage duty-cycle capabilities of the fuel cell system while capturing real world performance data.  As the study progresses, longer haul routes will be introduced.

The initial feasibility study operations will be managed by the Toyota Motor North America Project Portal team, in collaboration with Toyota’s Service Parts Accessories Operations group and its drayage provider, Southern Counties Express (SCE).
Revealed in April 2017, Project Portal is the next step in Toyota’s effort to broaden the application of zero-emission fuel cell technology that can serve a range of industries.

Heavy duty vehicles make up a significant percentage of the annual emissions output at the Ports of Los Angeles and Long Beach, and the Portal feasibility study may provide another path to further reduce emissions.

“Toyota has led the way in expanding the understanding and adoption of fuel cell technology,” said TMNA Executive Vice President Bob Carter. “From the introduction of the Mirai passenger vehicle to the creation of the heavy-duty fuel cell system in Project Portal, Toyota continues to demonstrate the versatility and scalability of the zero-emission fuel cell powertrain.” 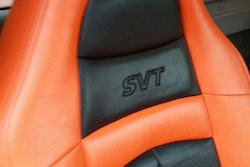 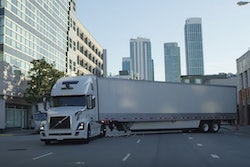 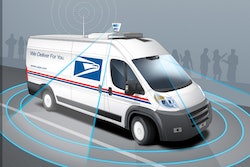 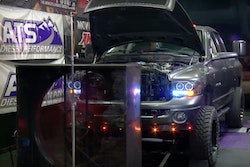