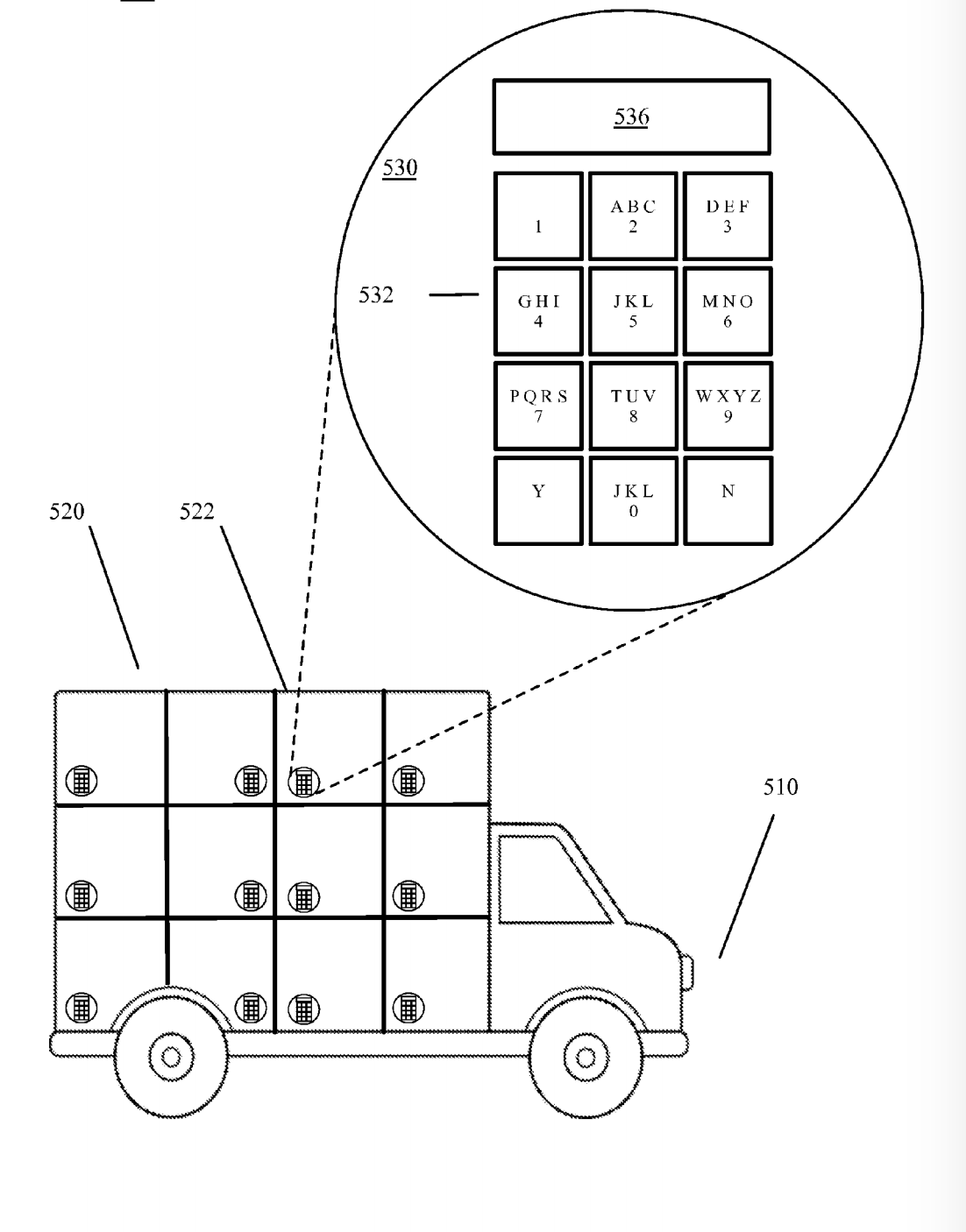 Google’s drawing of its autonomous delivery truck is shown in its patent paperwork which was approved this week by the U.S. Patent Office.

It could mean the end of tipping the pizza guy.

Google has received a U.S. patent for an autonomous delivery truck that features code-enabled lockers.

In its 18-page patent, which was filed in July 2013, the California-based tech giant explains that their vehicle could be used “for all types of delivery, such as advertising circulars, and direct-from-merchant goods (for example pizza delivery).”

Once the Google delivery truck arrives at a destination, the recipient approaches the vehicle and enters a pin number or uses a payment card to open a locker that contains a package.

Unfortunately, the company does not account for inclement weather, such as rain and snow, which makes doorstep deliveries hard to beat. Pizza delivery drones may have an advantage here.

Google writes that the two largest package delivery companies in the U.S. use over 100,000 vehicles to make home and business deliveries and adds that the growth of online shopping will increase demand for “last-mile” delivery vehicles.