Truckers will avoid Rhode Island if tolls are approved

A recent survey conducted among truckers who travel Rhode Island’s highways reveals that 76 percent of them will take different routes and bypass the state if necessary to avoid tolls that the governor’s proposing for commercial trucks.

The survey, released by the Rhode Island Trucking Association (RITA), comes at a time when public interest groups have stepped-up information requests with the state which they say has neither been transparent nor fiscally responsible in addressing deteriorating roads and bridges.

The state’s General Assembly reconvened last week and is considering Raimondo’s proposal to install $43 million worth of toll gantries that would target class 8 trucks which she says are wrecking the state’s roads and bridges.

Raimondo’s 10-year, $1.1 billion plan to repair the state’s worn infrastructure calls for tolls to back about $600 million in bond revenue.

However, Maxwell says that in the long run targeting commercial trucks for tolls is bad for business and the state.

“There are no other states that are actively pursuing tolls because most of them realize it’s a bad course,” he says. “It’s not the course you want to go if you want to have a stable, progressive, attractive economy.”

The Rhode Island Department of Transportation (RIDOT) reports on its website that it has the worst bridges in the nation and that it’s “one of the only states in the northeast that does not charger user fees to large commercial trucks.”

RIDOT claims that trucks pay $182 to travel the Pennsylvania Turnpike and $114 to cross the George Washington Bridge from New Jersey to New York.

“Large commercial trucks are responsible for the vast majority of the vehicle-caused damage to road and bridges,” RIDOT Director Peter Alviti writes in a one-page letter posted on the agency’s website. He adds that trucks get “more of a free ride” in Rhode Island.

Maxwell does not deny that large trucks can create more wear and tear on roads and bridges. To help fund infrastructure repair, RITA has proposed an alternative to Raimondo’s controversial RhodeWorks plan. RITA’s plan includes raising truck registration fees and the diesel tax.

“The governor, instead of thanking us for our contributions called our plan laughable,” Maxwell says. “She’s clearly got an agenda here and it doesn’t include the best interest of the state.”

Truckers that participated in RITA’s recent poll, conducted by the Owner-Operator Independent Drivers Association, appear to agree. Slightly more than three-fourths of those polled said they’d simply avoid the truck tolls altogether, while nearly one-fourth said they would periodically avoid the tolls.

Maxwell says news like that shows that, if implemented, the state’s tolls will not only run-off a core group of truckers, but will actually invite more financial woes for the state and local businesses that benefit from the trucking industry.

“Fifty-five percent of the governor’s revenue stream is based on thru-truckers,” Maxwell says. “The survey shows that 76 percent of those thru truckers will divert completely around Rhode Island (if the tolls are implemented).  You don’t want 14 toll gantries around the state which would cripple your supply chain and send your trucking industry packing.”

On Monday, in an effort to appease political and business concerns, which includes a thriving trucking industry, New York Governor Andrew Cuomo proposed placing a five-year freeze on tolls throughout his state. The Port Authority of New York & New Jersey also ended its plan this week to ban pre-model year 2007 trucks at the Newark and Elizabeth seaports.

Maxwell says that Cuomo and politicians elsewhere will not target the trucking industry because they realize that it’s bad for state and private coffers. He says RITA will continue its fight against Raimondo’s plan.

StopTollsRI, a coalition of concerned taxpayer groups, is also continuing its fight to obtain more information related to Raimondo’s plan. The group said this week that Raimondo continues to refuse to release a study focusing on diversion routes truckers would likely take to avoid her tolls, should they be constructed.

Maxwell says that state legislators considering Raimondo’s plan need to know if their districts are located among these diversion routes.

Raimondo contends that she does not have to release any material in a draft state. Her ongoing reluctance to release information has not gone over well with her critics.

“The governor has made the truck revenue the centerpiece argument for her tolls plan and the diversion studies are poking huge holes in that argument, and they know it,” says StopTollsRI spokesperson Monique Chartier. “They don’t want the public to see their own study on truck diversion, because it will validate concerns that the revenue piece has been dangerously exaggerated.”

Last week, after facing ongoing pressure from RITA and StopTollsRI, Raimondo’s administration released a list of 14 proposed tolling locations through the Rhode Island Department of Transportation. 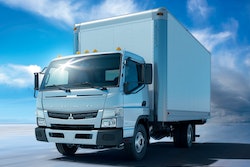 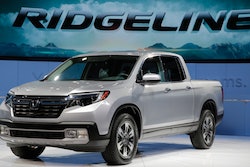 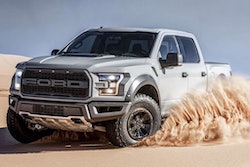 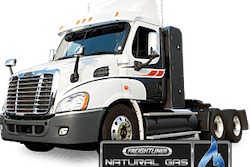