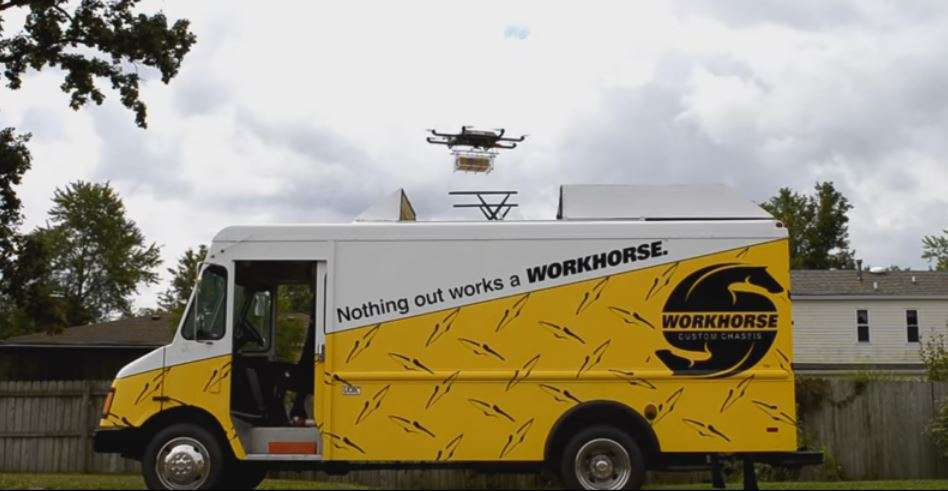 Workhorse’s FAA exemption takes it one step closer to offering the first truck-based delivery drone. The drone, HorseFly, is seen here launching from one of the company’s electric delivery trucks.

Workhorse Group Inc. is one step closer to becoming the first company to offer a truck-based delivery drone system.

The Federal Aviation Administration (FAA) recently granted Workhorse a Section 333 exemption allowing it to continue testing its unmanned aerial system (UAS), HorseFly, which is designed to launch from one of the company’s electric delivery trucks.

“The granting of this exemption by the FAA represents a key milestone in our development of the HorseFly UAS,” Stephen Burns, CEO of Workhorse, says in a December press release. “We have already initiated testing HorseFly in conjunction with our partner, the University of Cincinnati, at the Ohio/Indiana UAS Center and Test Complex.”

The 15-pound HorseFly can carry a package weighing up to 10 pounds. It can fly as fast as 50 mph and travel for up to 30 minutes. It is designed to fly from a retractable launch pad located on top of a Workhorse electric delivery truck. The trucks have proven popular with UPS which made headlines last year after acquiring 125 of the vehicles which feature a Tesla-like battery pack and a small engine for charging.

Burns says in a Fox Business interview that his company’s drone will reduce emissions and operational costs associated with conventional delivery trucks. A diesel truck’s operational cost is roughly one dollar per mile, an electric truck is around 30 cents per mile and the WorkHorse drone costs only two cents per mile, Burns explains.

Once the HorseFly launches itself from a Workhorse truck, it flies autonomously using GPS navigation until it approaches its delivery site at which point it can be remotely controlled until it safely delivers its package. Following its delivery, the drone resumes autonomous flight and heads back to the delivery truck, reducing emissions and wear-and-tear on the truck.

By flying HorseFly from a truck, instead of a warehouse, Workhorse can also work around the FAA’s current line-of-sight requirement, which as the title implies, requires a drone to be in physical sight of an operator who can make course corrections if necessary. In this case, the driver would have to stop and keep an eye on the drone during its flight, or a drone operator going along for the ride, would have to play babysitter.

The FAA realizes that the line-of-sight restriction presents a problem for large companies like Amazon, Google and Walmart who have all been busy testing UAS deliveries and are eager to put them to work.

Last May, the FAA announced that it will work fast to relax the restriction. A policy change like that normally takes 16 months. In the meantime, while the FAA works out the details of a new UAS policy, HorseFly may be going to work to become the first drone in the U.S. to make airborne deliveries. 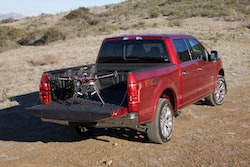 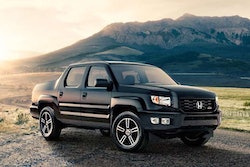 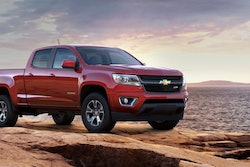 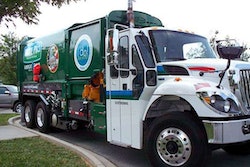