EPA determined that biogas-based DME produced from the Oberon process resulted in an approximate 68 percent reduction in greenhouse gases when compared to baseline diesel fuel, according to Oberon. The San Diego-based company is pioneering commercial production of DME in the U.S.

“One of the exciting attributes of DME is that, at its core, DME is a simple fuel,” says Oberon’s co-founder and COO Elliot Hicks. “It requires a simple diesel engine and has simple propane-like handling properties.”

DME is being touted as a convenient option for transportation, as truck makers and hard working truck fleets look for domestically produced, renewable fuels.

“Our customers are engaged in heavy-duty applications and need the power and torque of a diesel engine,” says Susan Alt, Volvo Group North America’s senior vice president of public affairs. “Oberon’s DME offers that power without the need for the cryogenics or high compression associated with other diesel alternatives. We look forward to continuing our work with Oberon to demonstrate the benefits of this clean-burning, non-toxic diesel alternative for the heavy truck industry.”

The EPA’s approval of biogas-based DME is the latest milestone for the growing DME industry. In February 2014, ASTM International, a globally recognized organization that develops technical standards, released a specification for DME as a fuel. ASTM D7901 provides guidance for fuel producers, engine and component suppliers, and infrastructure developers on DME purity, testing, safety and handling.

“Less than a year after submitting our pathway petition, this biogas produced fuel was approved,” says Rebecca Boudreaux, Ph.D., president of Oberon Fuels. “We are excited to see the EPA continue to support innovative, new fuels and include Oberon’s DME under the Renewable Fuel Standard.” 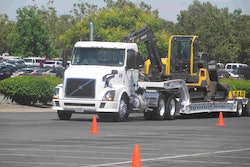 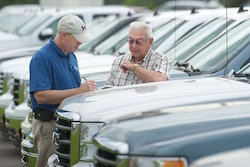 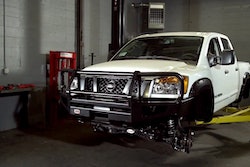 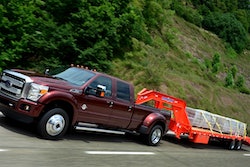