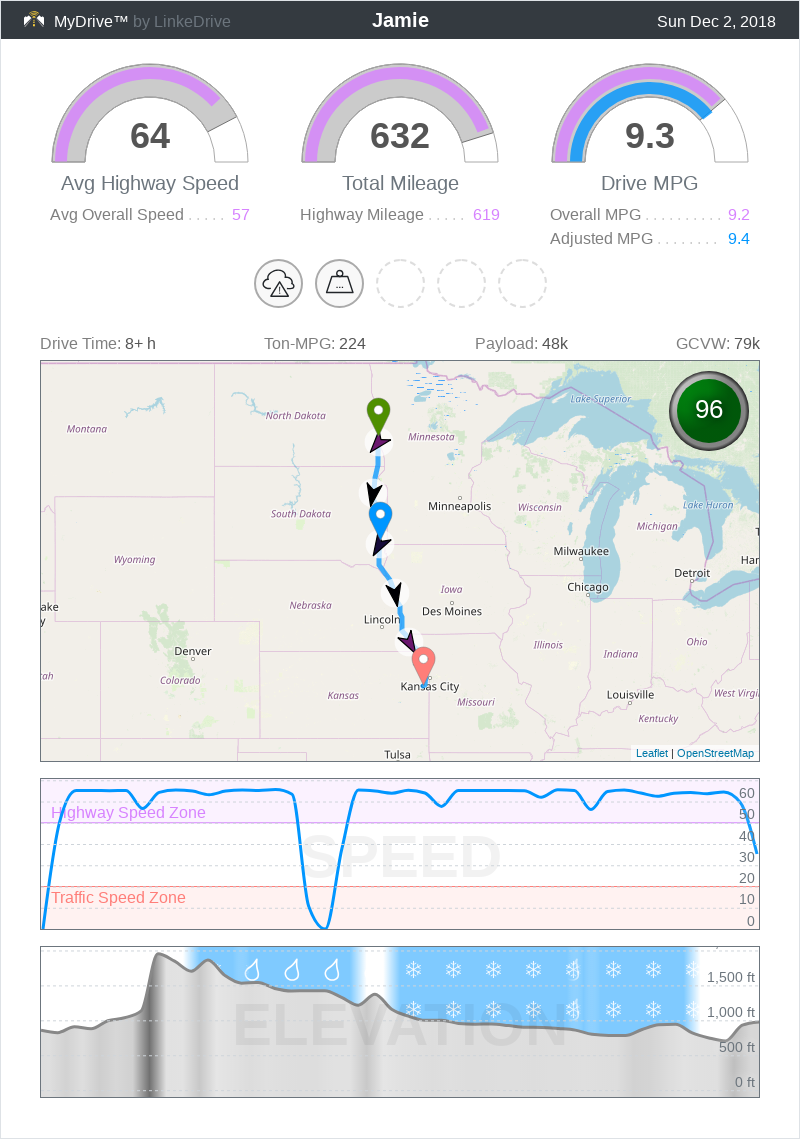 LinkeDrive has created new daily email reports that show drivers a summary of their fuel performance.

Jamie Hagen, owner of Hell Bent Express, has a fleet of three — and soon to be four — trucks leased to Viessman Trucking, a liquid bulk hauler in Gary, SD.

To help the business grow, Hagen decided to use PedalCoach, a real-time driver fuel efficiency training application from LinkeDrive. The app has helped its drivers maximize fuel savings.

The app runs on smart devices attached to the truck dashes with a wired connection to the diagnostics ports below.

Drivers know the optimal amount of fuel input at any given moment from the user interface of PedalCoach. A digital gauge has a needle that represents the flow rate of fuel. The bottom third of the gauge’s arc is a fuel target, a green zone, with yellow and red zones in the upper two-thirds.

Drivers learn quickly how to keep the needle in the green by judiciously applying throttle and shifting progressively. Drivers get a fuel efficiency score on a scale of 100 at the end of their trip, he says. Hagen uses a web portal daily to monitor how the other drivers in the fleet are performing.

Fleets in the food tanker industry typically average between 6 and 7 mpg, he says. Hell Bent Express averages more than 8 and sometimes crests 9 mpg. Hagen estimates the annual fuel savings are thousands per vehicle.

“Fuel savings are everything to me,” he says. “They have allowed me to expand.”

In addition to the PedalCoach score, LinkeDrive has daily and monthly reports that are automatically emailed to drivers. The company uses machine learning to create the reports to communicate to drivers the right things at the right times to help improve fuel efficiency, says Jeff Baer, chief executive of LinkeDrive.

“We’ve built some automations and done a lot of research in behavioral psychology,” he says. 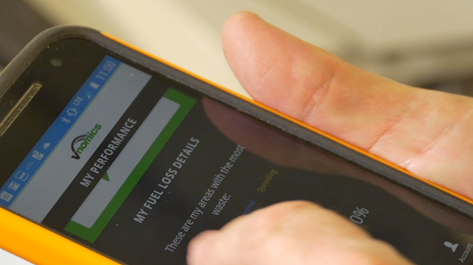 Drivers can use the TrueFuel mobile app from Vnomics to chart their progress towards achieving a fuel incentive from their fleets.

TrueFuel calculates the fuel potential of each vehicle, which is the optimal amount of fuel required to do the work at any given time. By knowing the fuel potential, True Fuel scores drivers with a fair and transparent measure of individual fuel efficiency that is independent of vehicle, load and route.

After every trip, the system tells drivers a fuel efficiency score on a scale of 100. When tying fuel savings to an incentive program, “drivers want more insight than by memory,” says Bob Magnant, Vnomics’ vice president of product management and strategy. A TrueFuel mobile app lets drivers track their progress towards a fleet fuel incentive by visually conveying feedback to drivers.

Drivers can use the app to see if they are on pace to hitting the fleet’s efficiency target and view a detailed trip-by-trip log.

To help fleets create fuel efficiency targets and incentives, Vnomics establishes a baseline by measuring the fuel efficiency of a group of drivers before and after they receive in-cab coaching from TrueFuel.

A fleet with five percent fuel waste before coaching and a two percent waste after coaching, for instance, might decide to set aside a portion of its projected three percent fuel savings for an incentive, he says.