Over 250,000 Ram trucks and roughly 410,000 GM trucks are being recalled over concerns of an air bag inflator that may eject shrapnel when ruptured.

FCA reports in a press release that “certain vehicles may be equipped with air-bag inflators that were contaminated by moisture during the supplier’s manufacturing process. Such inflators may rupture, even without air-bag deployment, possibly sending debris into the cabin.”

FCA is aware of one rupture involving a defective inflator in a Ram truck. No injuries were reported.

FCA confirmed with Hard Working Trucks that the recall is not related to the Takata air bag recall that impacted roughly 2.9 million vehicles in the U.S. FCA would only say that the inflators were produced by a supplier implicated in a similar recall by another auto maker.

Ram customers will be notified for service appointments and may call 1-800-853-1403 for additional information. 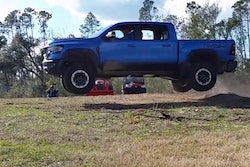 History of pickups in Smithsonian Magazine 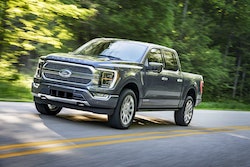 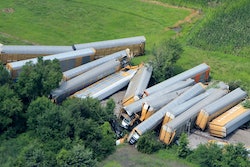 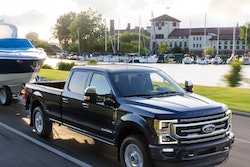