“We’ve taken the Raptor suspension to the next level,” Ford said in a statement Wednesday. “The desert racing-inspired F-150 Raptor was designed to not only speed over rough terrain, but also to jump and catch air.”

The all-new F-150 Raptor has been reengineered with an all-new five-link rear suspension designed to deliver more control and power to the ground with greater confidence over rough terrain at high speeds.

After mentioning that 2021 Raptor gets a “class-exclusive active valve dual exhaust for throatier engine sound,” Ford reminds readers that “Raptor R is coming next year.”

Raptor R is expected to be Ford’s big V8 answer to Ram’s supercharged 6.2-liter V8 found in its 702-hp TRX pickup. Heaven help us if Ford’s Godzilla 7.3-liter V8 makes its way into the Raptor. It’s sure to awaken Mothra and a lot more truck interest around the globe.

Ford also announced today that the build and price website will go live on June 18 for 2021 F-150 Tremor as well as new features for F-150 including Onboard Scales, Smart Hitch and Continuously Controlled Damping. 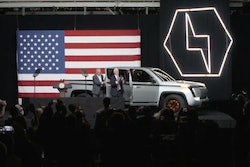 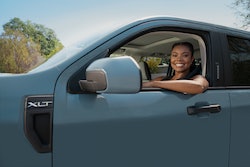