Used truck sales and prices on the rise amid semiconductor shortage

Tom Quimby (HWT)
May 19, 2021
The Toyota Tacoma was the only pickup to make iSeeCars list of the Fastest-Selling New and Used Cars for April 2021
Toyota

While new pickup sales haven’t returned to pre-pandemic levels, used truck sales have rebounded and then some according to iSeeCars Executive Analyst Karl Brauer.

Amid an ongoing semiconductor shortage that's impacting new truck inventories, OEMs are pushing hard to keep up with demand which is boosting used truck sales along with prices.

This week, billionaire Jeffrey Gundlack, founder and CEO of DoubleLine Capital, told Yahoo Finance that he bought a used truck because his dealer did not have any new models to offer.

"I actually bought a truck a couple of weeks ago. And the lot, the car dealer's a big car dealership, they had no new trucks. There weren't any," said Gundlach who blamed the chip shortage. “All he had on his entire lot were used trucks.”

Chip shortage or not, trucks will remain in high demand, Brauer said, and demand will outpace supply for the remainder of 2021.

“The decline in new truck sales is likely due to inventory constraints, rather than demand as dealers are forced to have leaner inventory due to the chip shortage,” Brauer said. “We are also seeing an increase in prices for used pickup trucks, which consumers are willing to pay due to their scarcity. For example a 2018 Ford F-150 XL, increased in price from $27,000 to $34,000, an increase of 25.4% in April 2021 over April 2020.”

Only one pickup, the Toyota Tacoma, made iSeeCars list for the Fastest-Selling New and Used Cars in April 2021. 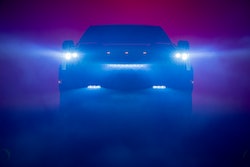 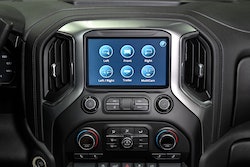