It all started with white smoke pouring out of my F-150’s exhaust pipe.

The longer the truck would sit between trips, the more smoke I’d see on start-up.

Granted, the 4.2-liter V6 in this ’97 SuperCab had roughly 150,000 miles on it, but I’d never seen white smoke billowing out of other high-mileage vehicles I had owned through the years.

A closer inspection revealed a few globules of oil in the coolant reservoir and green sludge on the bottom of the oil cap. The catalytic converter—a newer Magnaflow—was also running too hot. All bad signs!

A compression test I had run about a year prior turned up good numbers—but that was then and now the truck was churning out plenty of white smoke in our quaint, tree-filled neighborhood. Yeah, I was that guy.

Years ago, I had been taught that dark smoke indicates that oil has found its way into the compression chamber, while white smoke means coolant has snuck in.

Neither of these scenarios is encouraging, but replacing an intake gasket to stop a coolant leak is far easier than replacing piston rings to halt an oil leak.

Through a few online F-150 forums I learned that others had been having the same problem with their 4.2-liter and attributed it to bad intake gaskets. Between the intake manifold and heads are gaskets that apparently have a history of going bad on Ford’s 4.2. Coolant passing through can end up in places where it doesn’t belong. Forum members warned that if it got worse, it could lead to hydrolock.

Hydrolock?! While I had heard of it, I had never dealt with it. The thought of it made me cringe. I was holding onto the truck to pass it along to my oldest son as his first vehicle. Until then, it was being used infrequently for towing, hauling or just to drive every now and then for the fun of it.

Prior to getting those smoke signals, I had gotten a new set of tires, bolted on a new alternator, changed out the brakes, calipers, brake lines and transmission lines (before coming to Florida, the truck had been up north where road salt had taken a nasty toll). I had invested a lot of time and money. (Plus, though the undercarriage has some rust, the body is in good shape. It’s not a bad-looking truck considering its age).

Anyway, so I had stopped driving the truck and added it to my project list, which includes rebuilding an ’86 200-hp Yamaha outboard, building a house and being the best dad I can to four great kids.

But as projects are apt to do, they eventually make their way to the top of the list.

Not long ago, my dad and I started wrenching on the truck. The battery was dead and gone, the starter’s power lead was corroded and a bench test revealed that the starter was shot. My youngest son, who’s 12, took an avid interest in the project and learned a lot that day.

The toughest challenge came from removing a frozen starter bolt. Thankfully, a torch got the bolt hot enough and it eventually turned free.

The big moment came when, with all the spark plugs removed, I turned the key and coolant shot out of the two right-front cylinders like geysers. I had the foresight of placing towels over the heads so Dad and my son wouldn’t get drenched.

For Dad, a retired engineer and occasional gearhead, the show was a first. And it was also a first for me. Next up is pulling the intake, which is not as easy as it sounds. That 4.2-liter is recessed beyond the firewall, making bolt access more ideal for someone with arms like ET.

I’m not encouraged and neither is my oldest son, who has since passed on the pickup and opted for my ’98 Explorer instead. Not one to ever let opportunity pass him by, my youngest son made his move and quickly claimed the truck.

Knowing that I’ve thought about selling the truck, he continues to play-up all the angles he can to keep me focused on fixing it. His biggest angle? The truck had belonged to his other grandfather and he fondly recalls riding in it with him like it was the greatest chariot on Earth.

Yep, I’ll be knee-deep in grease for a while. 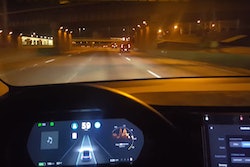 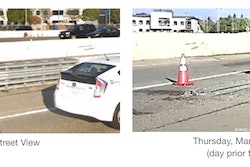 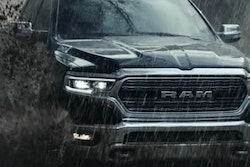 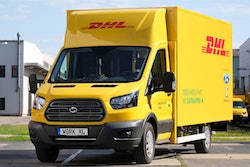