A multiple trash truck fire this morning in Cleveland serves as a tough reminder of just how dangerous these blazes can be.

It wasn’t just the heat from the flames (see picture below), but also exploding tires and noxious fumes that put firefighters and other first responders at greater risk.

Thankfully, no one was hurt, and the cause of the fire, which occurred around 2:30 a.m. at Republic Services on Jones Road, remains under investigation.

Refuse truck fires can start in a number of ways, though faulty hydraulic systems and electrical issues rank pretty high on the list, according to Waste360.com

Quick-thinking drivers have saved their trucks by dumping a smoldering load of trash on the street.

Of course, while dumping a fiery load may spare the truck, it still poses a risk for anyone or anything nearby. Fires originating under the hood can pose bigger problems.

Given the unique challenges and high risks of trash truck fires, one would think that in this age of automation someone has come up with an automatic extinguisher system to get better control of the blaze before it really rages out of control.

A web search revealed the AFEX Fire Suppression System. The Texas-based company, which has been in the fire suppression business since 1991, had a booth set up last week at Waste Expo in New Orleans.

Built to withstand the rigors of commercial vehicle use, the AFEX system is designed to automatically detect a fire and then release a dry chemical powder to extinguish the flames.

Their fire suppression system can be used in other vehicle applications.

The ROI here may not only spare your fleet from property loss, it may also protect lives and prevent some really embarrassing headlines. 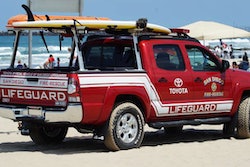 Trucks on the beach present more risk than reward 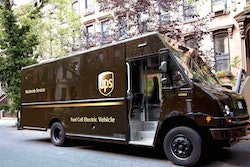 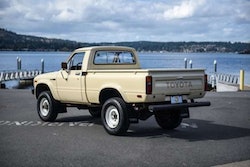 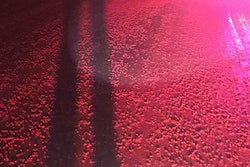 Skittlegate: Truck delivery gone wrong along with some of the news